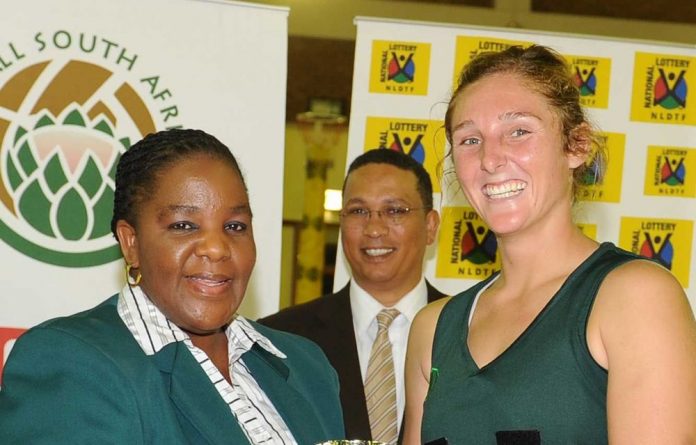 After the camp head coach Elize Kotze will select the squad to travel to Jamaica for the three-Test series.

The Jamaica series is one of a number of international engagements for the Proteas this year, leading up to the next major international tournament at the Commonwealth Games in Glasgow in 2014.

Jamaica are currently ranked fourth, and should provide stiff opposition for the fifth-ranked South African team.

Kotze said her charges had their work cut out for them against the tall and physical Jamaicans.

“They have a height advantage in the goal circle at both ends, with exceptionally tall goalshooters and defenders. It is easier to counter taller defence, with speed and accuracy, but it is very hard to out-jump a very tall goalshooter.”

Faith
Kotze said it would be crucial for her players to dominate centre court as they could not only rely on turn-over ball.

“But I have great faith in players like Amanda Mynhardt and Vanes-Mari du Toit, who are both very experienced, to deal with the Jamaican attack,” she said.

Mynhardt is currently playing in New Zealand, but Kotze said she was returning to South Africa until after the national championships in August.

“She is gaining great experience in New Zealand, playing at the top level, week in and week out, but I would not like to be without her either as a captain or as a player,” the coach said.

Kotze said it was important to develop a core of experienced players ahead of the tour.

“Developing a winning side is not a short-term exercise, it takes time. I’m very happy that the only regular member of the team who will not be available is Claudia Basson, who has work commitments … We will miss her experience and her ability as a goalshooter, but this will open up opportunities for younger players to test themselves against very tough opposition.”

The team will participate in a Quad Series against the three top-ranked teams in the world, Australia, New Zealand and England, in Australasia in October. — Sapa