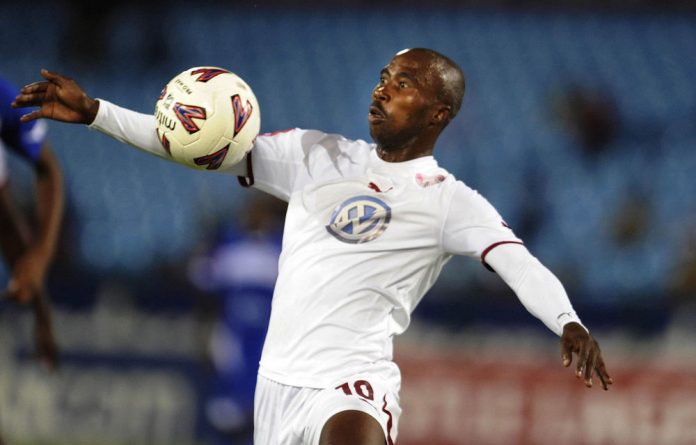 From poultry to poetry — that has been the story of Moroka Swallows’ remarkable season. Midway through their last campaign, the Beautiful Birds were as flightless as a bucket of deep-fried chicken wings. The national first division was licking its lips.

Enter the right man at the right time: serial title-winner Gordon Igesund, who replaced the befuddled Rainer Zobel. Fast-forward 18 months and Swallows are vying for the Premier Soccer League title with a long surge of inspiring football.

Orlando Pirates are favourites to defend their title, needing only to win their remaining games against Bloemfontein Celtic at home and Golden Arrows away.

Second-placed Birds are one point behind the Sea Robbers. Igesund’s troops face Platinum Stars and Maritzburg United in their final two clashes and their goal difference is one superior to Pirates.

A trio of other challengers Mamelodi Sundowns, SuperSport United and Free State Stars — are all in hot pursuit of the top two. But should Bucs manage to choke, the Birds are best positioned to swallow.

Classy and dangerous
Whatever transpires during the final two rounds of this enthrallingly open race, it is a shot in the arm for South African football that the second-oldest of Soweto’s Big Three have regained the potent aura they possessed in decades past.

Not since the Eighties’ heydays of Joel “Ace” Mnini and Thomas “Who’s Fooling Who” Hlongwane have the Dube Birds looked so classy and dangerous. The style is modern, but the swagger is old.

The power balance of the Premier Soccer League is now more open than it has been since its inception in 1996 as five teams chase the title at the death and another five are capable of doing so.

Critics say this pattern has more to do with the chronic inconsistency of the Gauteng giants than true competitiveness — but the product is compelling either way. Fans, sponsors and the media are not complaining.

Should Swallows succeed in mugging Bucs in the next fortnight, Igesund’s league CV would boast a preposterous five Premier Soccer League championships with five different teams: Manning Rangers, Pirates, Santos, Sundowns and Swallows. Even his current tally of four titles with four teams would seem to provide statistically significant evidence that he has something weird and wonderful up his sleeve.

Not rock science
But Igesund would be the first to admit that his secret is “not rock science”, to borrow a phrase from a leading local rugby coach. Although he is as tactically insightful as any of the expensive Dutchmen now prowling Premier Soccer League touchlines, he is also methodical, consistent and loyal.

The wily Durbanite has a knack for weaving effective squads from a mixed bag of talents. He does not get on only with a particular type of player and does not lose his rag with the wide boys and sensitive souls that abound in the local game, or try to change them, as many coaches do. He simply convinces them, on request, to run out, play and enjoy doing so.

This Birds squad is peppered with resurgent rejects. For seven years at Kaizer Chiefs, David Mathebula was a nowhere man, recognised as talented but always deemed not quite good enough.

After his sparkling campaign as Birds’ creator in chief, the Giyani wonder would walk into the current Amakhosi starting line-up.

Igesund has coaxed fine work from several other cast-offs from richer squads: defenders Luvhengo Mungomeni and Shere Lekgothoane were both offloaded by Sundowns, whereas Joseph Makhanya and Bennett Chenene could not quite make the grade at Pirates. All four have contributed significantly to the Birds’ revival.

Dry drunks
But the most astounding comeback of the year has been that of Lerato Chabangu. When Igesund took over in late 2010, Chabangu was jobless and hapless, having become notorious for conducting exhaustive independent research into the tavern sector, often on the eve of critical games.

Igesund gave Chabangu a chance, in the form of a month-by-month contract, when few other coaches would have given him a pocketful of change. That gamble has been richly rewarded this season as Chabangu has kept his head clear and trained like a maniac. A pacy, mercurial midfielder, he is once again the player who tormented mighty Barcelona for Sundowns in a memorable friendly at Loftus Versfeld in 2009.

But you cannot build an entire team from dry drunks; you also need some natural-born professionals such as Siyabonga Nomvethe and Lefa Tsutsulupa in the mix.

The brilliant form of Nomvethe (34) has embarrassed such underperforming South African goalscorers as Katlego Mphela and Thembinkosi “Terror” Fanteni: his campaign has been defined by supreme effort on the training pitch and on match day.

“Bhele” is now well placed to pass the 20-goal barrier — one that has not been breached since Collins Mbesuma topped the charts for Kaizer Chiefs in 2005.

Carlos Amato
Carlos Amato is an editorial cartoonist, writer and illustrator living in Johannesburg, with a focus on sport, culture and politics. He has degrees in literature and animation, used to edit the ‘Sunday Times Lifestyle’ magazine and is the author of ‘Wayde van Niekerk: Road to Glory’ (Jonathan Ball, 2018).
Facebook
Twitter
WhatsApp
Linkedin
ReddIt
Email
Print