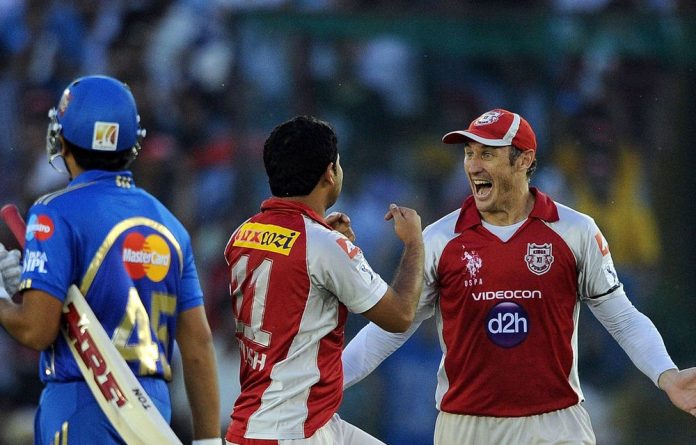 Amit Yadav and Shalabh Srivastava, two of the five players suspended by the Indian cricket board (BCCI) following a TV sting, are contracted to the Punjab IPL team, but have not played in the ongoing tournament.

Hussey, leading the team in the absence of injured fellow Australian Adam Gilchrist, said he would be disappointed if fingers were pointed at any of his players.

“Everyone in my team, everyone in Kings XI Punjab as a brand, plays with utmost integrity and if any print or TV media tries to write differently or say something differently about my team, then I will be very disappointed,” Hussey told reporters.

“I can’t really comment on the sting,” he added.

Reporters from the Hindi-language India TV, posing as sports agents, recorded the low-profile players as saying that spot-fixing and black money was prevalent in the Twenty20 IPL.

Completed investigations
TP Sudhindra, Mohnish Mishra and Abhinav Bali were the other first-class cricketers suspended from the game on Tuesday by the BCCI until preliminary investigations were completed.

The probe will be carried out by former police officer Ravi Sawani, who has previously served on the International Cricket Council’s Anti-Corruption and Security Unit.

Sudhindra has played in three IPL matches for the Deccan Chargers this year and Mishra played one game for Pune Warriors. Bali has not featured in the tournament.

India TV showed Sudhindra allegedly agreeing to bowl pre-arranged no-balls in a local amateur match, while Srivastava was reportedly heard boasting he could do the same in the IPL.

Mishra was filmed as saying he was paid a major part of his IPL salary by Pune Warriors in “black” (illegal) money, while Yadav and Bali alleged spot-fixing existed in the tournament.

‘For personal gain’
Srivastava has denied that the voice in the audio was his, and Mishra apologised, saying he made the comment “casually for personal gain”.

The Hindu newspaper said corruption rumours had swirled around the IPL for a long time.

“Since millions ride on IPL, this ‘domestic’ tournament has not escaped the talk of fixed matches,” the paper said.

The IPL, a mix of glamour, rich purses for world-class players and the excitement of T20 cricket, has endured a difficult ride over the past four years.

The tournament is already being investigated for alleged fraud and foreign exchange violations.

Its founder Lalit Modi, who was suspended in 2010, is living in London facing Indian government and BCCI charges of misappropriation of funds. – AFP