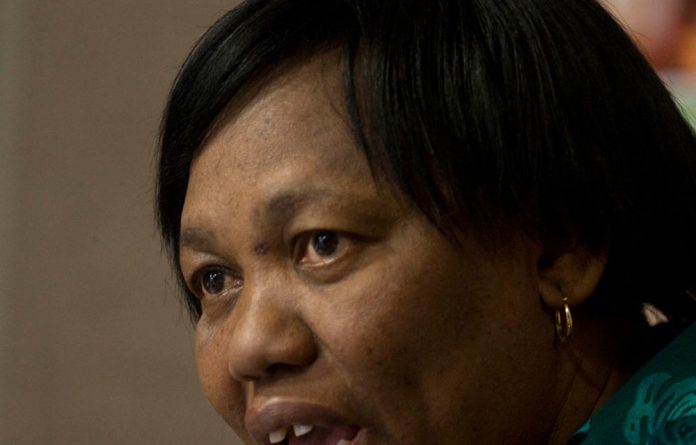 Passing judgment on the application brought by rights organisation Section 27 to the North Gauteng High Court on Thursday, Judge Jody Kollapen ruled the matter was urgent.

Outside the court, education activists slated the department for “not doing its core business” but trying to “arrogantly” fight the campaigners’ court action.

“We want to work with them, but we also want them to stop their arrogance. They should not have arrogantly told this court that the catch-up plan was a monumental waste of time,” Section 27 director Mark Heywood said.

“They have not done enough to get the books to learners and schools, but they were claiming to have done so in court. We hope the department will work with stakeholders to implement the judge’s order.”

Heywood said the activists hoped Basic Education Minister Angie Motshekga received the outcome of the court action ahead of her budget vote speech in Parliament later on Thursday.

“She ought to refer to and understand the ruling because it is an order. This order has broad relevance and bearing on what she does henceforth,” said Heywood.

The National Association of School Governing Bodies (NASGB) said it was “repugnant” for the department not to be able to deliver the so-called “triple T” pledged by President Jacob Zuma.

In his 2011 State of the Nation address Zuma said the focus on basic education would be teachers, textbooks, and time.

“It is very much repugnant that you find the department which is entrusted with our children at this stage, in May, one T is not part of the “triple T”, NASGB secretary general Matakanye Matakanye said.

“That is arrogance. They are undermining what the president wants to see in this country.”

Lawyer for the applicants Nikki Stein said the catch-up plan was a very important decision by the court in a bid to remedy the pupils’ loss.

“Should there be non-compliance with the catch-up plan, the court has allowed the applicants to go back to court on the same papers and to argue that the department, at a provincial and national level, is not complying with its obligations,” she said.