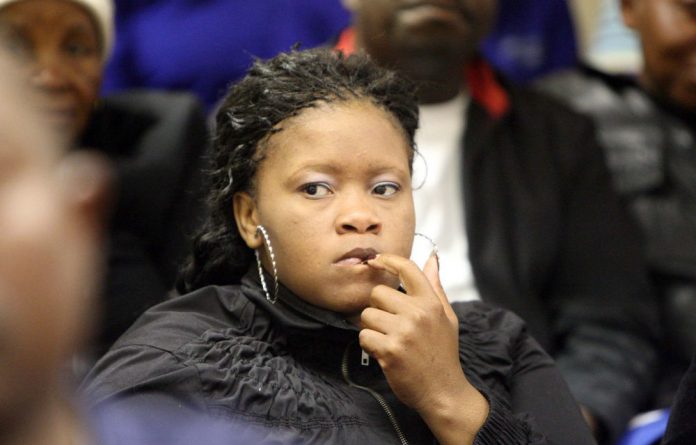 Facebook
Twitter
WhatsApp
Linkedin
ReddIt
Email
Print
0
“You changed your opinion because you have an axe to grind with police, due to [your] wrongful actions within the police,” Johann Nel, representing the seven men, told state witness Constable Kabelo Pule on Friday at the Ficksburg regional court.
Nel wanted Pule to tell the court why he had been suspended from the police. Pule refused and said he was not there to talk about his suspension.
“I will not hold a debate over my suspension, because all is still hanging.”
Nel submitted Pule was being investigated for armed robbery and that the criminal case was before a court.
Charges
The state objected to Nel’s questioning Pule on his suspension. Magistrate Hein van Niekerk held that Pule did not have to answer Nel.
The court was hearing evidence in the trial of the public order police officers accused of killing Tatane during a protest march against poor service delivery in the Setsoto local municipality on April 13 2011. The officers each face murder and assault charges.
Nel was cross-examining Pule on testimony he gave during the internal disciplinary hearing the seven faced after Tatane’s death.
Nel submitted that at the hearing, Pule testified Tatane was overpowering a police officer and that the other officers rushed to help him.
But then in his testimony to the court he said it was an “unprovoked, brutal attack” on Tatane, Nel said.
Nel then wanted to know why his opinion had changed so dramatically.
The state alleges Tatane tried to protect elderly people from the police’s water cannon by moving between the cannon and two elderly men.
The state argues that two of the accused fired rubber bullets at Tatane from close range. One of the shots penetrated his chest cavity, killing him, according to the indictment.
The police officers deny all allegations against them and deny that they acted unlawfully. – Sapa
Facebook
Twitter
WhatsApp
Linkedin
ReddIt
Email
Print