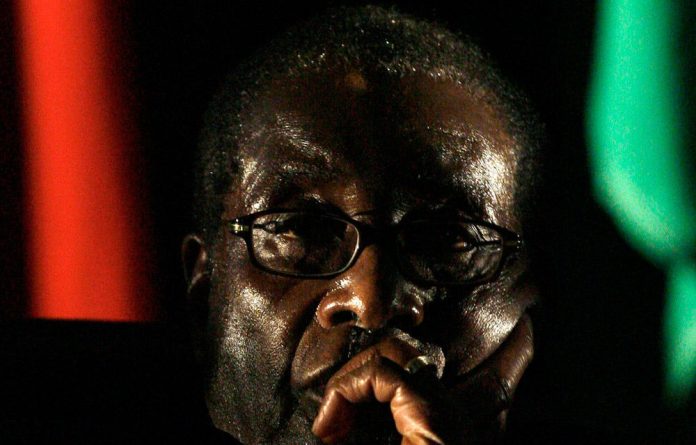 Zimbabwean President Robert Mugabe reportedly told a former minister in his government that he wants to retire but fears his party would disintegrate, an independent weekly said on Sunday.

“From what we discussed, Mugabe said he is tired and wants to retire but he cannot do so now because Zanu-PF would die,” Enos Nkala, a former minister of defence in Mugabe’s late-1980s government, told the Standard newspaper after meeting with the 88-year-old president on Friday.

“He cannot leave when the party is in such a state. What is holding him now is managing and containing Zanu-PF to prevent it from disintegrating,” Nkala added.

Mugabe’s spokesperson was not immediately available to comment on Nkala’s statements.

Nkala, who has been a staunch critic of Mugabe in recent years, met with him privately for an hour in Bulawayo, 430km south-west of the capital Harare, the Standard said.

Mugabe, who has ruled Zimbabwe since independence in 1980, has already been endorsed by his party to stand as a candidate in elections expected after the end of a power-sharing government formed in 2009 in the wake of disputed elections.

Mugabe and Prime Minister Morgan Tsvangirai of the Movement for Democratic Change, have been haggling over when new elections can be held. Mugabe wants to exit the power-sharing deal as soon as possible, while Tsvangirai insists key reforms be implemented first.

Mugabe has been at the centre of a swirl of reports that he is in failing health.

Mugabe and his top officials have repeatedly denied that he has prostate cancer following a leaked 2008 US diplomatic cable in which Reserve Bank Governor Gideon Gono said he had the disease and that it had spread through his body.

‘Gift to the nation’

In late April, the Mail & Guardian reported that two pretenders to his throne were pressured into taking the unusual step of denying their ambitions.

Vice-President Joice Mujuru declared that Mugabe was “a gift to the nation” and her rumoured rival, Defence Minister Emmerson Mnangagwa, said those who claimed he had made a secret deal to replace Mugabe were “mentally deranged”.

It is classic Mugabe: force ambitious lieutenants to declare their allegiance publicly and whip all other ambitions back into line behind him.

The rival faction leaders appear to have come under pressure from hardliner Mugabe loyalists who are angered by reports that the two factions are making new moves to nudge Mugabe off the stage.

Mnangagwa, who seldom speaks about his rumoured ambitions, used a public lecture at a university to deny he had reached a “pact” with Mugabe to take over power.

“There is no such thing and these are the efforts of detractors bent on causing alarm and chaos among the authorities, both in Zanu-PF and the government,” he said.