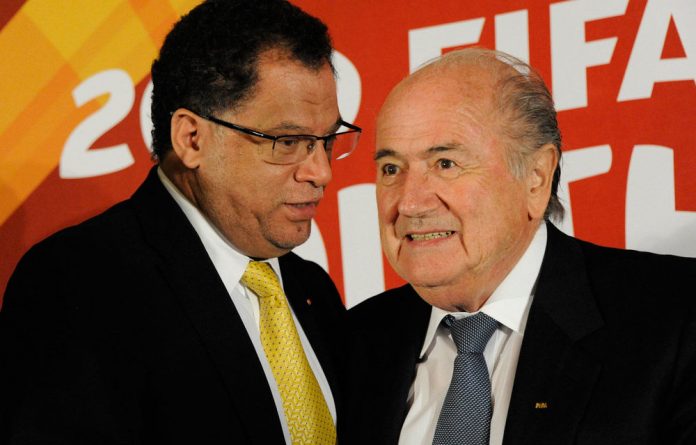 “I am an optimist. I am sure it is a very positive congress,” the Fifa president told the Associated Press in an interview.

Blatter was re-elected unopposed a year ago after his only challenger was caught up in a bribery scandal and England’s bid to delay his “coronation” was met with verbal attacks by five countries invited by Fifa to speak from the Congress stage.

An impassioned Blatter told Fifa’s 208 member nations then that he had been “slapped” by corruption allegations battering the governing body’s reputation.

A year later, a much more relaxed Blatter spoke about his promise to steer Fifa’s ship to the right course ahead of the initial vote on anti-corruption reforms on Friday.

“I am sure at the end of the congress I will be able to say, ‘Now you have realised that we are with our boat, back to … where we can put our boat in calm waters,” he said.

Hit a bump
Still, Fifa’s reform process hit a bump on Tuesday, as plans to name independent outsiders into a new investigations unit were postponed until July.

Blatter said he’s “not so happy” about the delay which occurred because of health issues involving one of the candidates.

He was happier with Fifa’s selection of Lydia Nsekera as the first woman to join its executive committee. Blatter said that decision was “memorable”.

“She’s a lovely lady, she’s a tough lady,” Blatter said of Nsekera, who has led Burundi’s football body since 2004. “She’s a princess, the daughter of a sultan. She was really the best choice.”

Nsekera, who is also an International Olympic Committee member, serves on an expert panel led by former United Nations investigator Mark Pieth, which is advising Fifa on transparency and anti-corruption measures.

Fifa said its ruling panel, including Nsekera, will meet again in July to choose chair people and deputies of the two ethics chambers. They are expected to be leading figures from politics and civil society.

Fifa’s existing ethics committee consisted of officials from inside the “football family”. Seven of its current and former members have been suspended in the past 20 months.

Still, it struggled to cope with a spate of allegations of wrongdoing during bidding contests for the 2018 and 2022 World Cups that were awarded to Russia and Qatar.

Another central role in Fifa’s new era was debated Tuesday after Swiss industrialist Domenico Scala was suggested by the executive body to chair an empowered audit committee.

Scala will lead monitoring of Fifa’s billion-dollar annual spending, and will face calls to publish details of the salary and bonuses, paid to Blatter and other Fifa leaders.

Proposed appointments
Scala has been working for Swiss biotech, pharmaceutical and food industry giants. He is also a member of the Board of Overseers of Tufts University in Boston, Fifa said.

Fifa’s 208 member countries must finalise all the proposed appointments on Friday on one-year tenures. Formal elections for the posts are scheduled at the 2013 Congress in Mauritius.

In other decisions, Fifa will apply an insurance policy covering the salaries of players injured on national team duty to the London Olympics, instead of starting with 2014 World Cup qualifiers in September.

Uncertainty over host cities being ready for the 2013 Confederations Cup in Brazil has prompted Fifa and local organizers to prepare match schedules for four to six venues.

Fifa said it would “adapt smoothly to the actual situation in due time, at the latest in mid-November”. – Sapa-AP