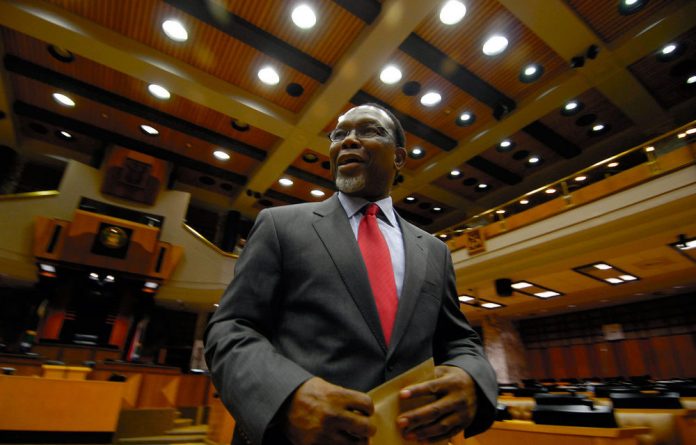 South Africa imports a quarter of its crude from Iran but has come under Western pressure to cut the shipments as part of sanctions designed to halt Tehran’s suspected pursuit of nuclear weapons.

After several months of confusing and conflicting messages from the diplomatically non-aligned Pretoria, Motlanthe gave the clearest sign yet that South Africa was shopping around for alternative suppliers.

“We would guarantee going forward, to our Nigerian brothers, demand for their liquid fuels because we don’t want to source our fuel in areas that are likely to be unstable,” he told reporters during a briefing with Nigerian Vice-President Namadi Sambo in Cape Town.

“We are quite confident that Nigeria will become one of South Africa’s trusted suppliers of liquid fuel.”

South Africa took 615 834 tonnes of Nigerian crude in March, more than four times the same month last year and more than the 505 908 tonnes it bought from Iran, according to customs data.

Some refineries are designed to treat Iranian-type crude only and analysts say refiners will be hard-pressed to replace those supplies with other products.

Any disruption to crude imports could hit fuel supplies in South Africa, which has suffered shortages in the last year because of strikes and refinery problems.

An energy ministry official said last week that South Africa was holding almost daily talks with the US, EU and Iran about reducing its purchases and was “confident” a deal can be struck to avert sanctions.

BP, Chevron, Sasol and Engen said earlier this year that they have either stopped or were not sourcing any Iranian crude. Trade data from March showed that imports of Iranian crude had gone up from the previous month. – Reuters

Satawu: The war is not yet over