The Dragon has landed – capsule docks at space station 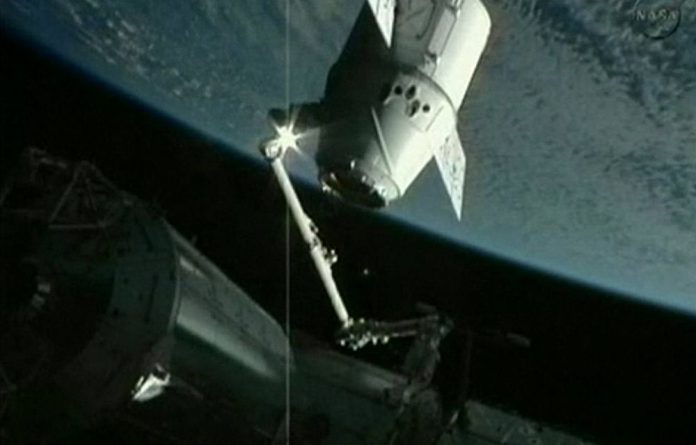 Astronauts aboard the International Space Station (ISS) on Saturday opened the hatches to the SpaceX cargo vessel which arrived a day earlier on a landmark mission to the orbiting lab.

“The hatches between the International Space Station’s Harmony node and the Dragon spacecraft were opened at 5:53am EDT (09:53am GMT),” NASA said in a statement.

SpaceX on Friday became the first commercial outfit to send its own unmanned cargo capsule to the International Space Station, heralding the start of a new era for private spaceflight.

With no humans on board, the Dragon capsule is delivering about a half ton of supplies and science experiments for the ISS, and aims to return a slightly larger load of gear to Earth on May 31.

The US space shuttle program ended in 2011, leaving only Russia capable of carrying astronauts and cargo to the ISS and back to Earth.

The space agencies of Japan and Europe have supply ships that can ferry cargo to the ISS but cannot return to Earth intact, and those missions are set to end in the coming years.

That means SpaceX and its competitor Orbital Sciences Corporation would likely become the chief cargo servicers of the $100-billion space station, which is set to remain operational until 2020, NASA said. – AFP