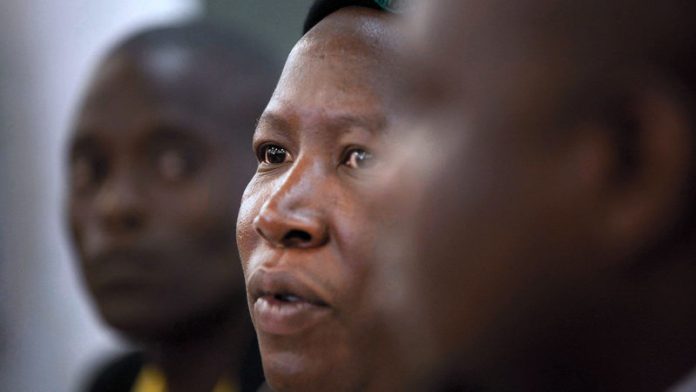 “The laws around hate speech are very thin and need to be developed,” she said.

She said Section 16 and the Freedom of Expression Institute (FXI) wanted to “make certain submissions” in the case against the expelled ANC Youth League leader.

Moore said the definition of hate speech as contained in section 10 of the Promotion of Equality and Prevention of Unfair Discrimination Act was unconstitutional.

“The definition should be struck down, amongst other things, on the basis that it is inconsistent with the narrower definition of hate speech in section 16 of the Constitution,” she said.

The South Gauteng High Court in Johannesburg convicted Malema in September after lobby group AfriForum took him to court claiming his singing of the song Dubula iBhunu (Zulu for “shoot the boer”) constituted hate speech.

Judge Colin Lamont held that the words undermined the dignity of people and were discriminatory and harmful.

Objective factors
In December, Malema filed notice of appeal at the Supreme Court of Appeal. The case is expected to be on the roll in September.

“We wish to posit a test made up of various objective factors which will enable courts to determine how to establish whether speech falls within the current definition of hate speech in the Equality Act,” said Moore.

“Our proposal is that factors such as the intention of the speaker, the audience at which the expression is targeted, the meaning of the expression used in context and other surrounding factors, are relevant factors to consider.”

She said the organisations would seek to place international law before the court in this regard.

“We want to provide the court with submissions that will help to put hate speech in context and these submissions should be taken into account in this case,” said Moore.

They would also make submissions on the quality or state of the order made by Lamont in the context of the right to freedom of expression. – Sapa