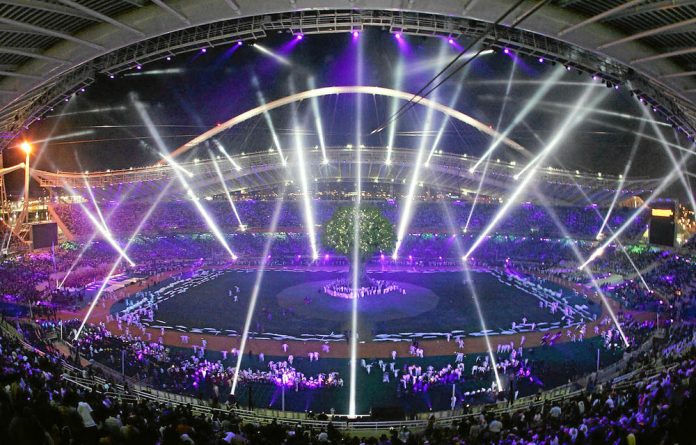 International Olympic officials have opened a high level investigation into allegations that authorised agents in more than 50 countries – including a national Olympic committee – were involved in selling London Olympics tickets on the black market.

The International Olympic Committee convened an emergency session Saturday to discuss a dossier of evidence presented to it by Britain’s Sunday Times.

The newspaper published an investigation on Sunday claiming that officials have been offering tickets for the July 27  to August 12 games, including hot events such as the men’s 100m final, at vastly inflated prices.

One of the most damaging allegations was against Spyros Capralos, the Greek Olympic Committee president and top organiser for the 2004 Athens Olympics. He was quoted as saying he had “pulled strings” with London organising chairperson Sebastian Coe to obtain an extra batch of premium tickets, on the pretext that demand in Greece outstripped expectations.

The paper said Capralos admitted in talks with its undercover reporters that demand had actually been very low, and that many of the tickets were subsequently sold on to people outside Greece for profit. The London organising committee said Capralos’ alleged boasts of discussions with Coe were untrue.

Coe had told the Greek Olympic Committee that tickets were allocated in accordance with IOC ticketing policy, the London committee said. “There was no further contact – either formal or informal – on this subject,” it said in a statement.

A Greek Olympic Committee official, speaking on condition of anonymity because of the ongoing investigation, denied that anything untoward had taken place. At issue are ticket allocations given by organisers to each of the 205 national Olympic committees to sell in their home countries. The committees appoint an organisation within their countries to sell the tickets, a process meant to ensure equity.

But the Sunday Times said its undercover reporters, who posed as illegal ticket sellers acting for clients in the Middle East, caught officials red-handed. It said it has presented the IOC with a dossier of evidence on 27 officials controlling the tickets for 54 countries.

The paper even posted on its website videos of its reporters’ negotiations with Capralos and some of the agents. They include official ticket agents in Serbia, Lithuania and China, who offered to sell the undercover reporters premium tickets for up to £6 000 each.

One of those accused of falling for the ruse was former Olympic swimmer Yoav Bruck, who is authorised to sell tickets in Israel and Cyprus. He denied allegations that he offered the Sunday Times reporters the best seats to the 100m final.

“The report is swamped with untruths, lies and inventions that cries to the heavens,” he told Israel’s Channel 2 TV. “I am saying that we are clean … we are not selling anything we are not allowed to.”

The report also alleged that Greg Harney, an executive at travel company Cartan Tours and a former top official at the US Olympic Committee, told the undercover reporters how to conceal an illegal ticket sale.

The IOC said in a statement on its website on Saturday that it “takes these allegations very seriously and has immediately taken the first steps to investigate.”

The report was the latest in a string of similar allegations. In May, a top Ukrainian Olympic official resigned following allegations that he offered to sell thousands of dollars’ worth of tickets for the London Games on the black market.

Volodymyr Gerashchenko, secretary general of Ukraine’s national Olympic committee, was accused in a BBC television report of telling an undercover reporter posing as an unauthorized dealer that he was willing to sell up to 100 tickets for cash. Ticketing problems have plagued London’s organisers for months, with many complaining about the official website’s intractable computer problems and inability to cope with huge demand.

Many Brits have been frustrated that they couldn’t attend an event that is costing the nation £9.3-billion, and the problem has prompted some London officials to demand more transparency on how the tickets were allocated.

Organisers had promised a full accounting once the games are done, but members of the London Assembly, a public watchdog group, have been demanding an accounting of how many tickets have been sold so far and at what price. Critics of London organisers believe a disproportionate number of tickets have been sold in higher price brackets, excluding those who can’t afford to pay for the most popular events. – Sapa-AP