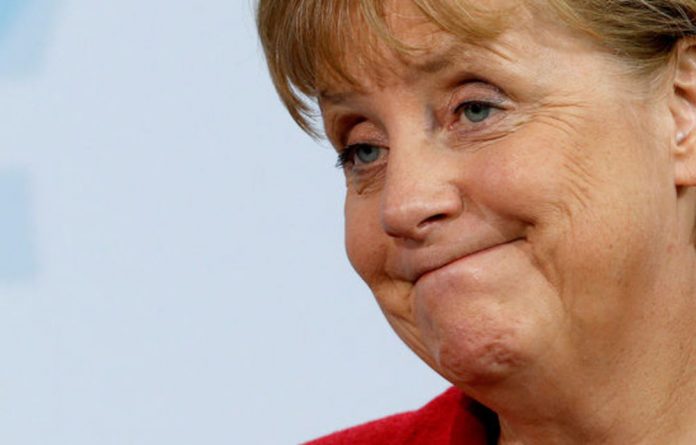 Angela Merkel was portrayed across Europe as the big loser of a euro zone showdown in Brussels after the German chancellor was forced to accept the crisis-fighting measures championed by countries struggling with their debts.

Newspapers in Spain, Italy and France on Saturday toasted the triumph of their leaders — Mario Monti, Mariano Rajoy and Francois Hollande — in pushing Merkel into a U-turn that would long have been unthinkable.

Even German newspapers said Merkel had been made to accept demands for the euro zone rescue fund to be able to inject aid directly into stricken banks from next year and intervene on bond markets to support troubled member states.

"There's no doubt about it — the chancellor was blindsided at the euro summit," wrote influential columnist Nikolaus Blome of Bild, a daily with 12-million readers.

The summit ended on Friday with agreement on new steps to try to prevent a catastrophic breakup of the single currency.

Popular at home for insisting on austerity measures and tough conditions for those indebted euro zone states getting help, Merkel was quick to put a positive spin on the summit, telling reporters: "We had an interest in finding solutions."

There was no sign that the summit had damaged her reputation on Friday as both houses of parliament voted to back the euro zone's permanent bailout scheme. And Merkel does not face any particular political challenge at the moment.

But the concessions of "Frau Nein" were far bigger than earlier compromises in the name of saving the euro.

Bild wrote: "Italy and Spain got what they wanted: It'll be easier to borrow excessively again… It was the first time in more than two crisis years that euro states didn't follow Germany's orders."

Footballing comparisons have been widespread after Italy knocked Germany out of the Euro 2012 tournament in a shock 2-1 victory on Thursday.

"This time it was worse, the defeat was about the euro," said respected Deutschlandfunk radio.

In France, left-leaning daily Liberation had a front page splash showing Hollande and Merkel dressed in their national football shirts with "1-0 to Hollande" over the top. It devoted its first four pages to his summit triumph.

Liberation said it was the pressure from Hollande, Monti and Rajoy that made Merkel buckle and accept a growth plan and banking union mechanism. It applauded his negotiating prowess.

"The night the South made Merkel cave in," was the headline over a Liberation report on the Brussels summit.

France's right-leaning daily Le Figaro called Spain and Italy the real winners. "Just like in football, it is thanks to Italy and Spain that the dynamics of the match have changed and that Angela Merkel has been forced back against the wall."

Italy's leading daily, Corriere della Sera, captured the euphoric mood in Italy. A front-page cartoon "A super Mario in Brussels too" showed Monti in the triumphant clenched-fists pose of Italy striker Mario Balotelli after his second goal against Germany. The diminutive figures of an annoyed-looking Merkel and a meek-looking Hollande watch him.

"Italy is not just a great team, it's a great country and it may be good to remember it," the paper wrote, giving credit to Monti for making Italy a leading player in Europe again.

Left-leaning daily La Repubblica noted that after four years during which Germany had "dictated both the music and the lyrics" at euro zone summits, three of the four main countries had refused to dance to Merkel's beat.

"Although the Chancellor retains her undisputed primacy at the heart of the Council, she was forced to listen to them."

Spanish newspapers saw a victory too — particularly in the fact that inspectors from the European Union, International Monetary Fund and European Central Bank would not put Spain under the same scrutiny as countries bailed out earlier.

But El Mundo noted that as Spain gets support for its troubled banks: "the Men in Black… will be atop the Pyrenees watching over everything we do."

In the northern European countries aligned with Germany in demanding tough measures for indebted countries getting help, Merkel was also identified as the loser with the softening of terms for the most indebted.