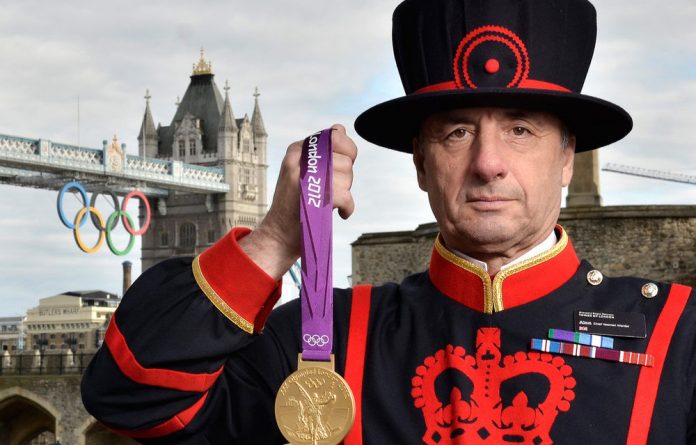 During the Cold War, the relative power of the United States and the Soviet Union were regularly measured in gold, silver and bronze.

The last couple of Olympic Summer Games have been a race between China and the United States, with America triumphing in Athens in 2004, and China, on home turf, overtaking its rival four years later.

Many commentators saw that shift as a symbol of US decline and of China's growing clout.

The 21st century is likely to be a multi-polar world, however. What does the medal tally say about shifting global power today?

One way to measure change is to compare the relative success of the Group of Seven, or G7, which is made up of seven rich, mostly western countries, and the Brics, the group of five fast-growing developing states of which South Africa is a member.

Over the past four summer Games, the G7 – Canada, France, Germany, Great Britain, Italy, Japan, and the United States – has kept its lead over the Brics countries – Brazil, Russia, India, China and South Africa.  But the gap is narrowing.

There are several ways to measure medal success. As well as comparing gold medal share, we looked at each group's share of all medals by attributing three points for a gold medal, two for silver and one for bronze.

"A medal score like that is how you get a sense of the totality of achievement," said Simon Shibli, professor of sports management at Sheffield Hallam University.

By looking at what Shibli calls "market share" you also account for the increase in the number of events.

A fair analysis can really only be made since 1996, when Russia started competing independently again. But by using the Soviet Union as a rough proxy for Russia, it is possible to get a comparison over a much longer period.

Looking at the medal data going back to the first modern games in Athens in 1896, we find some interesting trends.

Shifting trends
Broadly speaking, you can divide the past 116 years into four main periods:

The driving force behind the recent growth of the Brics – as in the real world – is China, which overtook a slowly fading Russia in 2008 as the Brics' top medal winner.

China benefited from being the host of the last Games, but its growing dominance is also a result of the massive resources devoted to achieving Olympic glory, according to Shibli.

The country's performance in 1988, when it ranked 11th on the medals table, "was seen as a national humiliation", he said. "In 2008, China's one hundred medals represented the accumulated achievement of an estimated $8-billion of investment."

Behind the curve
In pure market share, the Brics' sporting prowess still lags behind its economic growth, according to John Hawksworth, chief economist at Price Waterhouse Coopers.

"The rise in Brics' economic performance in terms of GDP isn't really evident in the same way in the Olympics data aside from China, which has risen sharply on both measures," he said.

"Part of the reason is that India just doesn't feature. In India, they're cricket mad and hockey is the only Olympic sport where India has had consistent past success."

The Beijing Games were the first in which India won more than one medal since 1952.

South Africa, too, "has a sporting culture but it is focused around sports such as football and cricket which are not in the Olympics," said Hawksworth. "So their share of medals isn't that high within the Brics."

Brazil has won more medals over the past four Games, but its Olympic record still lags behind its economic growth.

Brazil is now the world's sixth biggest economy, but it has never come that high on the medals table.

The G7's share has declined slightly in recent decades, Hawksworth notes, but not as dramatically as their share of world GDP.

The G7 countries – and theStates in particular – continue to dominate the Games; corporate sponsorship and the professionalisation of sports have kept the standard of their competitors very high.

Australia, which came fourth in the gold medal tally in its home summer Games in 2000, is rich and sports-mad but is hardly threatening as the next global super power.

Kenya and Ethiopia regularly rank high in the medal tables, but that has little to do with their economic station or political heft (poor, and relatively weak) and more to do with their incredible ability to fuse topography and genes into brilliant distance runners.

Still, the table does tell us stories.

When you sit down to watch your favourite Olympic sport over the next few weeks, enjoy the precision, ball skills and strength of the athletes. But watch out for the geopolitical shifts as well. – Reuters

Himanshu Ojha
Himanshu Ojha works from London. Will write for money. Former @columbiajourn, @tbij and @reuters. Opinions, #s and RTs are all mine. Especially the wrong ones. Himanshu Ojha has over 860 followers on Twitter.
Facebook
Twitter
WhatsApp
Linkedin