Street View: Rats! Coming to an inbox near you 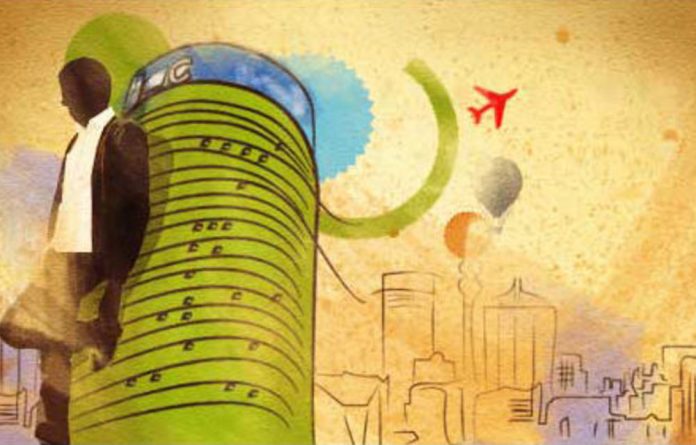 "They exist without permission. They are hated, hunted and persecuted. They live in quiet desperation amidst the filth, and yet they are capable of bringing entire civilisations to their knees. If you are dirty, insignificant and unloved then rats are the ultimate role model." – Banksy

We shouldn't measure the size of a city by how high and how many buildings it has, or even by how many millions live in it. We should devise a new standard for African cities: the size and population of its rats.

Imagine a conference at which pot-bellied bureaucrats and greasy palmed representatives of cities are clamouring for the honour of being Africa's number one metropolis.

Then an adjudicator stands up to say: "OK, tell me about your city's rats, their weight, the length of their tails. What? They weigh just 400g and are 20cm long? OK, so that means you are number seven. You know why? Because the rats in Johannesburg number many millions and a fully grown one is the size of a large cat".

This imaginary conversation occurred to me one day as I contemplated a rat trap I bought some time last year. Unused and lonely, it is lodged somewhere among the stacks of newspapers in my flat. In fact, if there were rats in that place, the newspapers would be the perfect hideaway spot.

I haven't found evidence of rats in the flat, so I haven't used the trap. I bought the trap, on an impulse, one day — yes, it was a Sunday — while strolling on a deserted Sauer Street, in inner-city Johannesburg.

Strolling in town is dangerous — not for the obvious reason — but for your pockets. I don't mean people picking your pockets. Or someone, gun in hand, asking you to hand over your cellphone and wallet. A vendor will see you walking languidly and, immediately, he will see easy prey. He will sidle up to you with wares in his hands, as was the case with me.

He came up to me and, as if reading from a script he has read a 1000 times, and listed, like a person in a trance, all the good things about the trap. When he went home he probably boasted to his wife about his powers of persuasion. The trap cost me R10, a sum that must have included the impromptu demonstration on how to use it.

Not that I needed a demonstration. I have seen rat traps in action countless times.

For me, the transaction triggered nostalgia, dragging me back to the time, as an adolescent, when I trapped rats.

The rats that were harassing my uncle's poultry venture would probably laugh at rat traps and those who buy them. This Zimbabwean uncle told me an amazing tale, which I had no reason to take as anything but apocryphal until a South African colleague confirmed it.

Rats in Zimbabwe and rats in South Africa respond to similar challenges in exactly the same way. Whichever way you think of it, it's a scary prospect.

So uncle noticed that his chickens were laying fewer and fewer eggs. The chickens weren't moulting — science-speak for when birds are shedding their feathers and which affects their egg-laying productivity. And there was no evidence of a break-in: the chicken run was always under lock and key. Was it a snake? Well, a snake would surely bite one of the chickens and leave it lying there dead among its living relatives.

He had no clue of what was going on until one day he surprised two rats, as they were busy spiriting away an egg. One rat was lying on its back, egg balanced delicately on its belly and firmly held by its spindly four legs. The other rat, taking on the role of driver, was dragging its accomplice by its tail, heading towards an exit.

With such intelligence and organisational nous (Rats of the world unite!), it's a mystery why rodents don't take over the world. Just like those chickens Roberto Bolano writes about in 2666: A soldier is rescued from a World War II battlefield by extraterrestrials and finds himself in New York. He meets a jazz musician who tells him about chickens that think and talk, just like humans.

"The worst of it is that the governments of the planet know it and that's why so many people raise chickens," the musician tells him. The soldier tells him that chickens are raised to be eaten, a point which the musician echoes. The musician says that it's probably what the chickens themselves want: "Fucking masochistic chickens, they have our leaders by the balls."

A similar sentiment sometimes overwhelms me when I read stories of rats in Alexandra: Big and predatory, and so brazen that they attack unattended babies. I wonder whether it's the Rattus rattus, (black rat) or the Rattus norvegicus (brown rat) that is causing terror in Johannesburg. If I were to guess, I would say it's the black rat, Rattus rattus, so quintessentially rat-like that scientists named it twice.

Which brings me back to that nagging and unresolved question I posed at the beginning, about a new standard for judging the size of Africa's cities. It's quite likely that Cairo, Johannesburg, Lagos and Nairobi – Africa's biggest cities — probably boast the biggest rats, anyway. These are rats that in time will be able to send emails and, also, oversee the design of rat traps that won't catch even one rat, except, perhaps, the most demented of the tribe …