Be bold with bananas 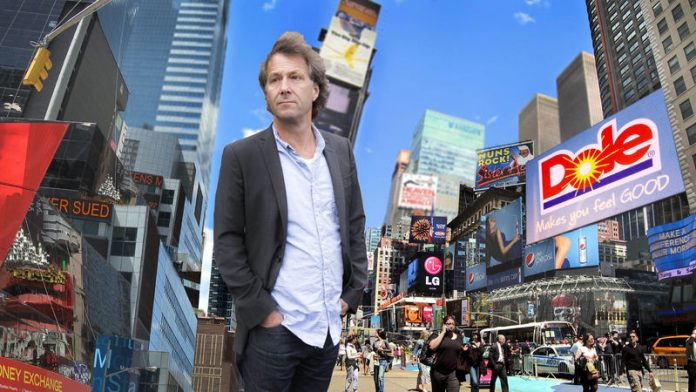 ‘Documentarians tend to traffic in misery and horror,” says one commentator in Big Boys Gone Bananas!* — and it can be hard to escape that feeling when taking a look at programmes such as that of the TriContinental Film Festival, now celebrating its 10th anniversary with screenings in Jo’burg, Soweto, Pretoria and Cape Town.

And no, I don’t know why the title of Big Boys Gone Bananas!* has an exclamation mark, let alone an asterisk. It is futile, despite the reflex, to go looking for a note at the bottom of the page. It is, apparently, just there, like the asterisk in Wallpaper* magazine’s title. Maybe it’s like all those exclamation marks on old Blue Note album covers, which were really there for design reasons; I think there was an Andrew Hill album that ran to four.

Whatever the punctuational idiosyncrasies of Big Boys Gone Bananas!*, it is a documentary about … well, a documentary. That is, it’s about a documentary made by a Swedish filmmaker, Fredrik Gertten, and how hard he had to fight to get this documentary shown.

The original work, Bananas!*, from which the new film obviously inherits its punctuation, was about a court case that concluded in the United States in 2007. A group of Nicaraguans working on banana plantations had sued the owner of those plantations, Dole Fruit Company (the biggest in the world), for suffering caused by the pesticides Dole used on the plantations. This case went on for years, decades even, and Dole lost.

So it was understandably surprising when, on the eve of Gertten’s documentary premiering at the LA Film Festival (run by the LA Times), he got a huge wodge of paperwork from Dole that basically said if he showed the film he’d be sued, and heavily so. Big Boys Gone Bananas!* shows Gertten proceeding, nonetheless, to LA, and then finding the screening of his film blocked at every turn by Dole’s legal manipulations and the vacillations of the festival itself.

This takes up the first third or so of the documentary, and it’s the least interesting part, so hang in there if you find it dull. I’m not particularly keen on films in which the documentarian becomes the subject, and I can do without images of Gertten staring moodily into the river while poignant piano music plays, but it gets more interesting as it goes on.

Finally, a bizarre screening takes place, but the legal battle continues as Dole pursues Gertten all the way home to Sweden, insisting that the film is based on a fraud, that it’s all a lie, and so on. Media commentators explain how such megacorporations can buy influence, particularly in the American media; how they divert, threaten, “snowdump” or try to discredit individuals or “frame the narrative” from the outset by generating “sticky” stories. This is all fascinating — it makes South Africans’ concern with “brown envelopes” look quite provincial.

One of the talking heads in Big Boys Gone Bananas!* mentions that today’s PR and “reputation management” companies now employ former intelligence agents trained in psychological warfare. Another documentary at the festival, Cointelpro 101, gives some background to this, tracing how a secret arm of the FBI, founded by J Egar Hoover in the 1950s, waged covert campaigns against movements such as the Black Panthers in the 1960s.

In FBI acroymese that would have impressed the Komsomol, “Cointelpro” stands for counterintelligence programme, and this one ran the gamut from surveillance and infiltration to assassination and the careful framing of activists for crimes they didn’t commit — the delightfully named Geronimo Pratt, who testifies here, sat in jail for 27 years on a phoney murder charge.

In 1971, Cointelpro’s activites were serendipitously exposed when anti-conscription activists broke into a draft office in the equally delightfully named Media, Pennsylvania, intending to find draft cards and burn them. Instead they stumbled upon FBI records labelled “Black Nationalist Hate Groups”. The local FBI happened to share an office with the draft service, there in Media, Pennsylvania, and these stolen records were the first revelation of illegal activities by the state, later to be probed by a senate committee.

They were illegal because, under the Constitution of the United States, the state can’t engage in internal repression in this way. Yet, as more than one commentator in Cointelpro 101 points out, three decades later many of those FBI crimes (though no one was punished) can now be recommitted, quite legally, by US government agencies acting under the Patriot Act.

Funny, just as I was googling the Patriot Act and the department of homeland security (the post-2001 agglomeration of customs, immigration and other security agencies in the US), I saw a link to a post about how the department was paying IT companies to comb the internet for hostile references to it. I was almost afraid to click on it.

The TriContinental Film Festival runs at Cinema Nouveau (Rosebank, V&A Waterfront and Brooklyn Mall), Maponya Mall Ster-Kinekor and the Bioscope, from September 7 to 23, depending on location. Go to tcff.org.za for schedules and more information