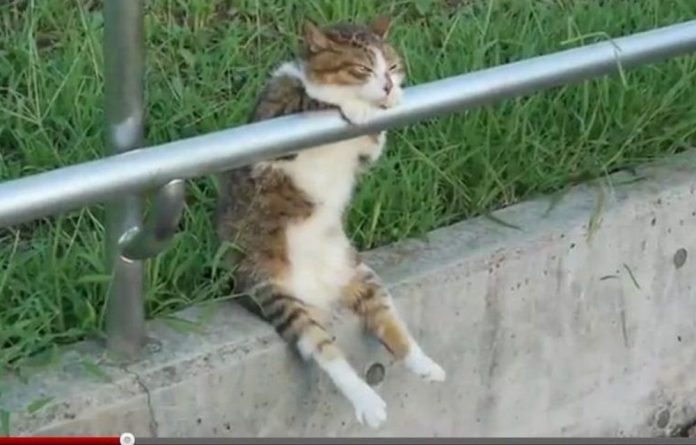 Some of you may be familiar with Henri, the feline tormented by existential crisis and ennui, who was featured on the Huffington Post in April.

Even those who don't secretly bookmark cat videos (you know who you are) seem to have been drawn to his melencholic outlook and moody French styling, so it's no surprise that Henri's featurette was recently voted the best cat video at the world's first Internet Cat Video Festival in Minneapolis.

Yes, that's right. A whole festival devoted to cat videos. This is where we are as a species.

But there has been a remarkable evolution in the world of cat cinema.

Early experiments in the genre had a naive charm, but could hardly be considered high art. A kitten falling asleep? A common theme, which reaches its zenith in this recent work.

You see, early feline film was all about show and tell, leaving little room for the imagination. It's easy to see why people who protest that they "just can't see the bloody point of watching cats do tricks all day" would not understand the appeal. One man's pointless but pleasurable waste of time is another man's poison, after all.

And this is where Henri comes in. He represents the New Wave – tight, tense shots, no fancy tricks … just a profound meditation on existence.

But if Henri's work is a major leap forward, then this next cat represents the true avant-garde.

And it's pure genius. No need for commentary, no need for the narration of thoughts, whether they be about tuna for dinner or wondering why that silly human is pointing a camera in his face.

Just uninterrupted, zen-like contemplation. Mimicking us. Mocking us, maybe. But that's what cats do, and, well, we sort of deserve it.

The Spear: Avert your eyes, children