Manuel muses on what it takes to be a leader 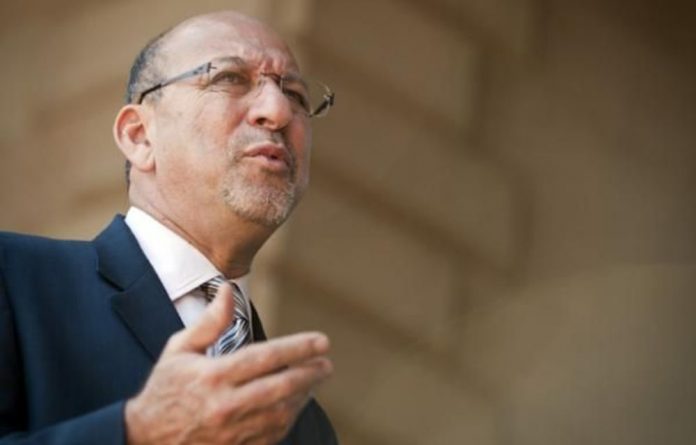 There was no textbook on leadership and the opportunities to exercise leadership varied greatly with time and circumstance, Minister in the Presidency Trevor Manuel said on Saturday.

"The challenges of leadership in government are much more difficult," he said in a speech prepared for delivery at the Ahmed Kathrada Foundation's annual conference in Johannesburg.

"The first and obvious difficulty is having to, seamlessly, lead both government and an organisation outside of government."

Manuel said that in order to understand the challenge of leadership, the history of South Africa should first be understood.

He said that active citizenship required "inspirational leadership at all levels of society" and that leadership did not refer to one person or a tight collective of people.

"Community leaders and public figures should demonstrate leadership qualities that include … the ability to lead by example and to follow rules that apply to everyone," he said.

"Honesty, integrity and trustworthiness. Leaders are able to combine the ability to hold fast to a core set of values as enshrined in the Constitution with embracing change and agitating for transformation."

Manuel added that when it came to making policies there was often difficulty with implementation, which frequently got the least attention.

"There is a particular weakness in the discourse across South Africa — we are immensely happy to discuss policy or allocations of resources, and appear to lose interest in the vigilance required over implementation," he said.

"As a consequence of all of these factors, the debates on leadership are frequently misplaced and too often focuses on leadership of party and state at the highest level, ignoring the reality that for leadership to succeed it has to be multifaceted and deeply layered."

Manuel said the country should be governed and led by men and women who would respect the values of the Constitution, including the supremacy thereof and the rule of law.

"As we are of the view that the struggle is continuous, so the responsibilities of leadership have to be continuous," he said.

"Sure, points of emphasis may change, but the responsibilities are continuous. The only way to deal with this is to appreciate the need for constant and continuous renewal, frequently of the values and ethics, rather than the individuals."

He added that part of the judgement was whether leaders paused to reflect on their actions to ensure they were doing the correct things.