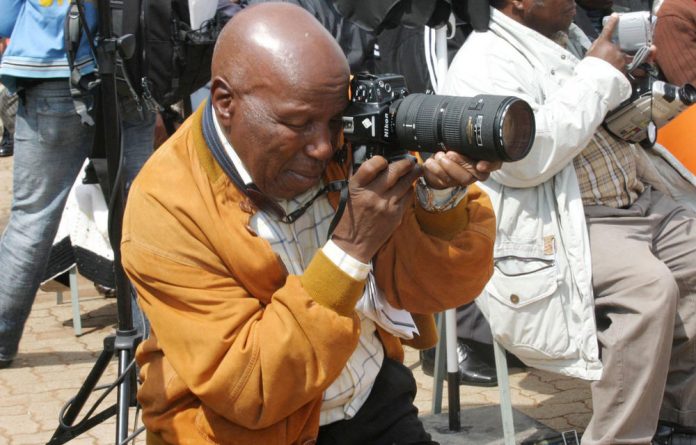 Alf Kumalo. What a man; what a life. He is gone now, after a life lived to the fullest. I remember him as jazz saxophonist and composer Benny Golson remembered the trumpeter Clifford Brown in his mellifluous threnody I Remember Clifford. If I could sing, as our poet laureate Keorapetse “Willy” Kgositsile would put it, I would sing a dirge that would astonish even the gods. But I can’t sing, so I write this tribute instead in memory of a fantastic gentleman and, most especially, a man who lived to bear witness to the brutalities of apartheid with his camera.

The legend that was Bra Alf was known to me before I came to know the man personally, and my first meeting with him was occasioned by an assignment I was doing for an advertising agency years ago.

I was at a café in Rosebank waiting for Bra Alf, because the nature of this assignment necessitated that I speak to a man like him for purposes of ­historical exactness and his was my chosen authentic voice.

He arrived. I saw him. But he looked about, as if searching for somebody other than me. In the end I called out to him. He came to my table and in that twang of his asked whether I was the guy from Holland. This despite the fact that when I had called him to the table, I’d shouted out his clan name, Mtungwa. This despite the fact that over the phone I had called him by his other clan name, Mbulase. So when I pointed this out to him, that a Hollander couldn’t possibly know this, he laughed and laughed and I also laughed in a way that made other patrons look at us askance.

That was Alf. Bra Alf. Alf Kumalo. Then I visited him at his museum in Diepkloof, Soweto, where I first met would-be novelist Zukiswa Wanner.

Bra Alf took me on a tour. He showed me all his great photographs, including, of course, those of the Mandelas, Winnie and Nelson. Then he showed me one of his favourites and we stood for a long time looking at this particular photo. It was of Muhammad Ali in that famous fight of his against George Foreman in Zaire (now the DRC) in 1974, the fight that was called Rumble in the Jungle (Zaire was not a jungle, but anyway).

Of course, that is highly improbable if you know what boxing is all about, but it made for a fantastic story and Bra Alf liked to tell it.

Then we moved to another photograph, this one of a jazz musician. If my memory serves me correctly, it was of jazz colossus Kippie Moeketsi, a contemporary of Bra Alf’s back in the Sophiatown of the roaring Fifties. Those were the days of what we now call the Drum generation: that group of writers, poets and photographers — Bra Alf included — who lived by the maxim: “Live fast, die young and leave a beautiful corpse.”

Bra Alf showed me this photograph. There was something funny about it; there were lines that looked like some child’s wild scrawl that I couldn’t make out. So I asked him what they were. He laughed the way he had laughed in Rosebank. Then he declared, to my utter amazement, that those were lines of sound. Can you believe that? Bra Alf said he had captured sound on camera! Ah, Bra Alf was something else.

It was the poet Sandile Ngidi who had shocked me several weeks ago with the news that he had seen Bra Alf looking gaunt and not at all hale.

It was then, I think, that for an infinitesimal moment my mind took leave of me and speech, as Ngidi said on learning of the death of his friend Chimid, froze behind my tongue.