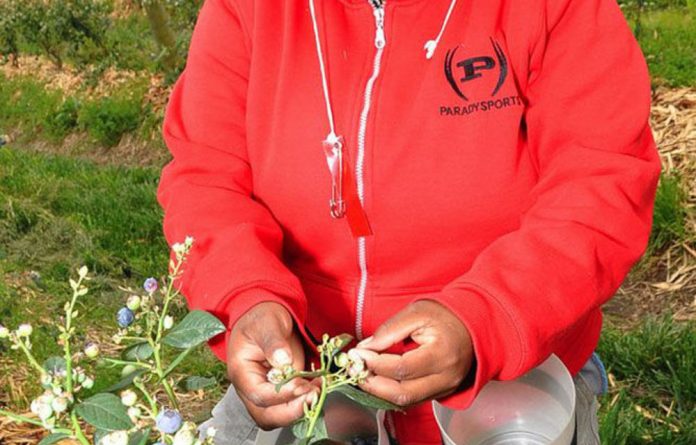 The Industrial Development Corporation has again demonstrated the weight it can lend to emerging industries — as it did with the canola, table-grape and citrus industries — through the developmental role it is playing in establishing South Africa's berry industry.

The IDC's agro-industries business unit does more than dole out money to deserving or potentially profitable ventures. In the case of the berries industry, it has played an instrumental role in the research and analysis of growing conditions, market access and demand. It also recently helped to establish an industry body to provide cohesion and credibility.

Business unit head Rian Coetzee explained that when investigating sectors that would meet its requirement for labour-intensive job creation in rural areas, the IDC recognised the growing trend in traditional export markets such as Europe for healthier eating with a focus on antioxidants, which berries provide.

"People want to eat healthier and although they buy less because of lower disposable income, their food basket is increasingly switching to healthier food," he said. "We can grow the berries counter-seasonal, the crops are labour-intensive and we have done an analysis that supports starting a berry industry in South Africa."

The vision is to establish an industry that provides a basket of berries, including raspberries, blueberries and strawberries, and to support localised production in rural areas with communities and black-owned companies as shareholders.

A significant investment has also been made in projects to establish or expand the production of strawberries in North West and the Eastern Cape, raspberries in KwaZulu-Natal and blueberries in the Western and Eastern Cape. These projects include both conventional berry cultivation and organic and biological farming activities to meet the growing demand for such crops.

Blue Mountain Berries is one of the IDC's flagship berry projects. It was established through proactive intervention that created a new, highly labour-intensive facility employing 340 people.

Based in George in the southern Western Cape, the company was the first southern hemisphere supplier to the United Kingdom market and today exports about 90% of its produce. The remainder is supplied to local retail chains such as Woolworths, Pick n Pay and Shoprite.

The structure of the deal to establish Blue Mountain Berries includes a stake for staff through a worker empowerment trust, thereby satisfying the IDC's need to promote BEE in rural areas.

A similar structure was employed when the IDC provided R64-million for the expansion of a broad-based BEE blueberry supplier, Lushof, near Saron in the Western Cape's Tulbach district. The Lushof workers' trust gained a stake in the business through this deal and benefited from the additional 183 jobs created by the expansion.

The IDC's involvement has also led to a relationship with Europe's berry market leader and this early entry into this major market is regarded as a key differentiator. The expansion of facilities will also establish Lushof as a producer of organic blueberries that will attract a premium price and an additional R94-million in exports are expected to be generated when the project reaches maturity in 2021.

The development of greenfields projects in the berry industry is very much on the cards for the agro-industries unit, as can be seen in the R34-million the IDC invested jointly with the National Empowerment Fund to establish a community-owned raspberry farm in Charlestown, KwaZulu-Natal.

This project holds particular importance because the farm, Amajuba Berries, came into being after the Charlestown community received 8 500 hectares through the land restitution programme.

The investment will establish the infrastructure required, from the construction of a packaging house to buying farming equipment, irrigation facilities and building a farm dam.

"We have created a space for South Africa to supply a wide window of berries to the European space so that we can become a brand, because we can supply them from the early to late season," said Coetzee. "Other berry projects are also being established outside of our investments, so we are gaining critical mass."