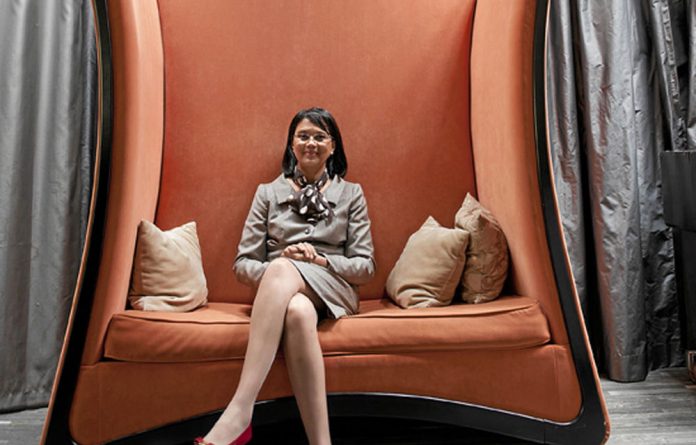 Why is it that so-called "emerging farmers" do not emerge? Minister of Agriculture, Forestry and Fisheries Tina Joemat-Pettersson has said many times that previously disadvantaged farmers cannot keep on "emerging" and so has changed the terminology in our policy debate to "resource-poor, small-scale farmers".

Irrespective of the terminology, the question is valid: Why do we not see the proper transformation of smaller-scale farmers into more commercially successful farmers?

The answer to this question is neither simple nor one-dimensional. It is also not unique to South Africa. It can be attributed to market and government failure.

The market, driven by the retail sector in the form of large supermarket groups, is actually highly instrumental in facilitating dualism in the agricultural value chain. It is interesting that India only recently allowed larger global supermarket groups into its economy.

The market is also not addressing the racially divided nature of the sector, which struggles to facilitate real co-operation between small- and large-scale farmers.

It is clearly also a result of government failure. Although South Africa has some sophistication in its agricultural policy environment, we struggle to implement policies derived from world best practices to turn small-scale farmers into commercial farmers. We struggle to channel the assistance to where it is required.

Case Studies of Emerging Farmers and Agribusinesses, a book edited by Edward Mabaya, Krisztina Tihanyi, Mohammad Karaan and Johan van Rooyen, makes it clear that the few successful case studies are not really driven by government policy; rather, they are driven by private sector initiatives. Various incentives and schemes struggle to sustainably facilitate transformation.

In the decades before the 1990s, the agricultural co-operative, under a single marketing channel coupled with support from the Land Bank, made it possible for small-scale farmers to get this support. But since the advent of democracy and market liberalisation, the co-operative movement has struggled to give this comprehensive support to emerging farmers.

Very few co-operatives are successful in this regard under the current deregulated market regime. The ownership structure of the corporate agribusinesses also does not allow for interventions to support large-scale commercialisation.

My proposition is that agro-processing has been neglected as a highly effective tool to facilitate transformation in agriculture.

South Africa has about 7 000 agro-processing businesses. They are dominated by a few large, diversified major players and their profit margins are continuously under pressure, but they are distributed across the country and operate in specific commodity value chains. Most importantly, they source raw material — from farmers, commodity exchanges and imports — and operate on a commercially sustainable premise.

Agro-processors are therefore in a unique position to help small-scale farmers become commercially successful. They can provide market access, extension support and can be a conduit for finance to these farmers.

This is an institutional delivery mechanism for the government that can be to the mutual benefit of the state and the private sector agro-processor.

Agro-industrialisation should be linked to resource-poor, small-scale farmers to maximise its potential impact on rural South Africa. We need to have specific initiatives that will facilitate the linkage between agro-processors and these farmers.

Processing is often a volume game. Our abattoir sector is running significantly below optimal capacity and more livestock is required to improve margins. It is therefore to the private sector's benefit to increase volumes.

But to engage with small-scale farmers comes at a cost to agro-processors, so their natural inclination is rather to source from large suppliers or commodity exchanges.

The question is: How can the government play a role in reducing the cost to processors so that they reach out to nearby farmers?

Policy should not only focus on the internationalisation and competitiveness of the agro-processing sector; it also needs to pay attention to the creation of jobs and improved access for small and medium enterprises.

Incentives should be developed to bring agro-processors into the drive to commercialise small-scale farmers. Policy and incentives need to be focused on pro-poor and pro-rural agro-industrialisation.

Recently, a sugar milling company was struggling with a reduced cane supply to the mill, because maintenance and replanting had decreased yields and some fields were being left fallow. Drought, urbanisation, low global sugar prices and a strong rand were also hurting the business. The company buys cane from both small-scale and commercial growers based on long-term supply agreements, because it does not own any farm land.

It will also ensure that industrial capacity is maintained at the mill through the increased production of cane and improve the mill's profitability and so provide dividend income to the grower shareholder base. Because the planting and harvesting of cane is still primarily done by hand, an estimated 650 new permanent and annualised seasonal jobs will be created.

By assisting agro-processors and incentivising them to play a bigger role in small-scale farmer procurement and support, the government's and market's failures associated with transforming "emerging" farmers can be addressed.