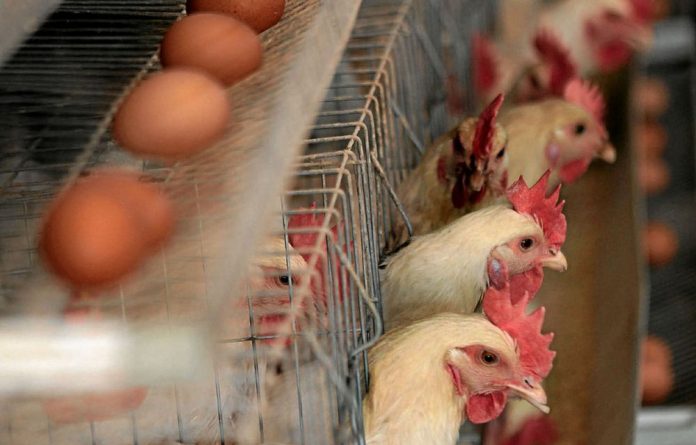 The IDC is used to putting its neck on the chopping block when investing in projects that commercial banks shun due to high risk levels. So it is no surprise that it has injected R85 million into a new chicken abattoir in Reitz, Free State that will see 160 000 chickens a day facing the chop.

The project is ideal for the IDC: it creates new agro-processing capacity that will reduce the country's reliance on imported frozen chickens; will create 700 jobs in an area that desperately needs it; creates an outlet for surplus maize; and empowers local communities through an ownership scheme.

"You need to be extremely bold to do this because the poultry industry is dominated by a number of very large, strong players and they know how to tweak their margins, so with the IDC as a partner we are willing to take on the bigger guys," said Rian Coetzee, head of the IDC's Agro-Processing unit.

The R130 million project came about when a group of farmers in the area decided to jointly build a poultry abattoir that would partly solve their problem with surplus maize while also providing an alternative source of income.

The ownership structure of Grain Field Chickens sees an IDC-funded 23,08% stake held for a workers' trust, with the remainder held by Vrystaat Kooperasie Beperk (VKB). VKB contributed R50 million shareholders loans', while the IDC financed the R15 million contribution of the workers' trust, with the remainder of the project financed through the IDC's UIF Fund.

Such is the size of the operation, that it will become the fifth largest player in the country.

It is seen as a strategic project that is expected to have significant rural developmental impact in the area, which will feed into upstream and downstream opportunities. It is expected to create 783 direct and 185 outsourced jobs, while an additional 360 jobs will be created on the farms.

Apart from these economic benefits, the new capacity is expected to make a significant dent in the country's current chicken imports, being able to supply the equivalent of 43% of that demand when at full capacity.

This import replacement role is a key consideration when the IDC assess projects for possible financing. Examples of similar interventions in other sectors include the establishment of a soya oil plant outside Bronkhorstspruit to replace the country's reliance on imported oil seeds.

Similarly, Coetzee and his team are exploring opportunities in local malt production as demand from the country's breweries has led to reliance on imported malt. "We are involved in feasibility studies in that regard, which show we might even produce surplus for exports," he says. "Our first objective is to become self-sufficient."

The IDC has demonstrated its ability to do just that when it helped develop the country's canola industry in the southern Cape, which has since reached the point of import replacement.

A similar initiative, which builds on the business case of the Reitz poultry abattoir, and which is a reflection of the IDC's cross-border activities, is the R525 million Namib Poultry Industries project.

The viability of the project is based on the fact that Namibia had no large commercial broilers, and that South Africa could benefit from supplying equipment for the project. A R150m quasi-equity investment was therefore approved in 2011 to establish the first large-scale poultry project in the country that would process 250 000 chickens a week and create more than 600 new jobs.

The IDC was joined in funding the project by the project's main shareholder, the Bank of Windhoek as well as the Namibian Development Bank.

The viability of the project has been boosted by virtue of the Infant Industry Protection – a programme instituted by the Namibian government that imposes tariffs of up to 40% on competing imported products.