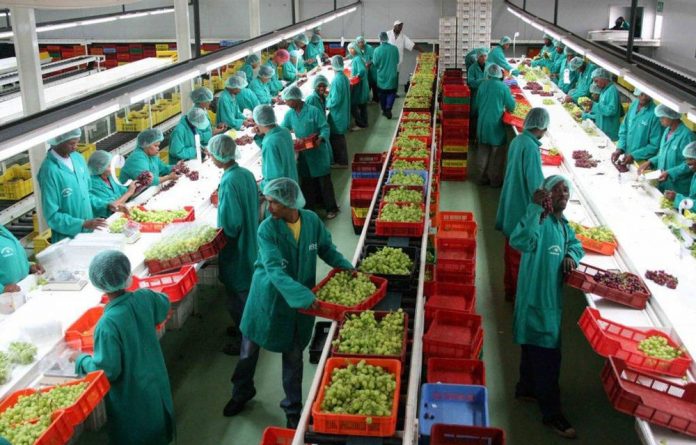 "We are not only involved in the food value chain," said unit head Rian Coetzee. "In the IDC we work with our textiles unit for the production of flax for linen; we are busy with our healthcare unit with artemisia production, which is a natural anti-malaria remedy; bio-fuels with our green industries unit; and also bamboo with our strategic high-impact unit."

The variety of activities and subsectors are an indication of the agro-industries unit's mandate, which is focused heavily on labour-intensive sectors in rural areas. Its strategy, therefore, encompasses five core areas of activity.

The first of these is the internationalisation drive, which seeks to support large organisations able to take advantage of expansion opportunities presented in the rest of Africa and increasingly in the Bric countries (Brazil, Russian, India and China). This approach is both inward- and outward-looking and supports the creation of local supply chains for foreign food companies using South Africa as a production hub, or the establishment of value chains across the country's borders.

The second core area of the strategy is that of adding value by optimising the beneficiation of local produce. The focus is primarily on labour-intensive activities in long-term crops, fruit and vegetables and livestock.

Coetzee said an example of this was the response to grain surpluses that occur because of lower demand as people move up the living standards measure curve and start demanding less starch and more protein and "specialised" foods. "There is then a larger demand for protein, so we are quite involved in growing surplus value-addition such as in animal feed production, poultry abattoirs and milling," he said.

The IDC agro-processing unit's next focus area addresses the vexing issue of food security, where import replacement is viewed as a key strategic imperative.

A number of investments have been made in projects that have reduced or have the potential to reduce the country's reliance on imported foodstuffs. Coetzee cited the example of Thailand blocking the export of its rice as it tried to secure local supply. "We looked at developing the rice industry in South Africa, but we can't really grow rice competitively. So we are looking at some projects on the equator to develop rice so that the African continent can be less dependent on the Far East," he said.

Other examples include projects to produce seed oil and malt locally.

The fourth strategic focus — in which the IDC has shown remarkable success — is the development of emerging industries. Sectors that are now well established but would have struggled to get off the ground without IDC support include the Northern Cape's table grape industry, the southern Cape's canola industry, its burgeoning berry and nut industries as well as the abalone and persimmon sectors.

Lastly, the agro-industries unit aims to develop rural enterprises and capacity by supporting resource-poor, small-scale farmers by creating linkages to upstream supply chains. This is also achieved by structuring deals that include community, farm worker and farmer equity participation in the projects.