Aggett’s tormentor does work for state

The apartheid security police officer whose interrogation methods — including electric shocks, assault and 62 hours of non-stop questioning — led to the suicide of trade unionist Neil Aggett has reinvented himself as a business counterintelligence consultant whose clients include government departments and major ­corporations. This week Cosatu — into which Aggett’s union was incorporated — called for former security police lieutenant Steven (Stephan) Whitehead to be prosecuted. Said Cosatu’s Patrick Craven: “Now that the identity of this individual has been revealed, the law must take its course and the government must cease any commercial dealings with him.” Whitehead, who calls himself “Steve”, is the founder and managing executive of Centurion-based “boutique company” Corporate Business Insight and Awareness (CBIA), described on its website as “South Africa’s oldest company regarding competitive intelligence services, outsourcing, consulting and training”. Whitehead’s profile on the Who’s Who Southern Africa website says CBIA “has provided counter-intelligence training to … various departments of the South African, Australian, British, Jordanian, Singapore and Rwandese governments” and that it is known throughout the international business ­intelligence community. Who’s Who continues: “Steve consults and offers various [competitive intelligence] and counterintelligence programmes for companies in industries such as telecommunications, ITC, financial services and logistics.” ‘Disgraceful’ The Mail & Guardian could not identify the state departments in question. But the former general secretary of Aggett’s union, attorney Jan Theron, said it was “disgraceful” that an ANC government was giving business to Whitehead, who had never sought amnesty from the Truth and Reconciliation Commission (TRC), or apologised to Aggett’s family. Induced suicide is culpable homicide or murder in South African law and Whitehead is theoretically still vulnerable to prosecution. The justice department’s priority crimes litigation unit is charged with preparing cases against apartheid-era human-rights violators who did not receive amnesty. However, National Prosecuting Authority spokesperson Bulelwa Makeke would not reveal whether Whitehead was under investigation because it was not policy to do so. The former security police lieutenant was thrust back into the spotlight by the publication of Beverley Naidoo’s biography of Aggett, Death of an Idealist, in September.

The book quotes the TRC report handed to former president Nelson Mandela in October 28 1998, which reversed inquest magistrate Piet Kotzé’s ruling that no one was to blame for Aggett’s death. It found that “the intensive interrogation of Dr Aggett by Major A Cronwright and Lieutenant Whitehead and the treatment he received while in detention for more than 70 days were directly responsible for the mental and physical condition of Dr Aggett, which led him to take his own life. The commission finds the former state, the minister of police, the commissioner of police and the head of the security branch responsible for the detention, torture and death of Dr Neil Aggett.” The hugely controversial suicide — Aggett was found hanged in his John Vorster Square police station cell on February 5 1982 — and the details of his torture that emerged at the inquest made headlines around the world. On the telephone last week, Whitehead agreed that he was a former policeman, but demanded questions in writing and rang off when asked what section of the police he had worked for. ‘You amaze me’ His sole response to 15 questions emailed by the M&G, including the question “Did you, or policemen under your command, torture Neil Aggett?” was: “Allegations and assumptions do not cease to amaze me! I would appreciate it if you could forward me a copy of the alleged finding by the truth commission.” When an excerpt from the TRC report cited by Naidoo was forwarded to him, he did not respond. Whitehead was also emailed an extract from an affidavit made by Aggett to police sergeant Aletta Blom, quoted in Naidoo’s book, which reads: “I was interrogated by Lieutenant Whitehead and every time he asked me a question and I denied it, he accusing (sic) me of calling him a liar. Then this Schalk [a railway police sergeant] would assault me.” In the same affidavit Aggett complains of being interrogated continuously from the morning of January 28 to January 30 1982 — a total of 62 hours — and of being given electric shocks after being blindfolded (by Whitehead) and handcuffed. Auret van Heerden, held in the cell next to Aggett’s, testified at the inquest about the unionist’s mental and physical disintegration before his death and that he had considered reporting him as a suicide risk. Reinventing himself Whitehead has made a determined bid over 30 years to reinvent himself as a respectable corporate citizen. On the Who’s Who website, he said he had presented papers at conferences in South Africa, the United States, England, Belgium, Germany, France and Australia and was a regular presenter and facilitator at the European conferences of the world body Strategic and Competitive Intelligence Professionals (SCIP). His website carries numerous photographs of him rubbing shoulders with foreign dignitaries, including SCIP president Paul Dishman, and he boasts of his company becoming the first SCIP partner-programme member in 2003, “an event celebrated with a promotional function at the Michelangelo Hotel in Sandton”. The M&G sent questions about the SCIP’s association with Whitehead to its director of information, Bonnie Hohhof. She had not replied by the time of printing. In September, CBIA hosted a three-day conference on business counterintelligence at upmarket bush lodge KwaMaritane with a top fee of R12 500 a delegate. Rubbing shoulders Keynote speakers listed on the programme, alongside Whitehead, included Telkom’s Steve Jump, Nedbank’s Malcolm Smith — he said this week that he did not speak or attend — and the University of Johannesburg’s Professor Basie von Solms, who could not be contacted. Diamond company De Beers sent a delegate, but spokesperson Tom Tweedie said that if the company had known Whitehead’s history, it “would have taken a view” before attending. De Beers took human rights issues seriously, as shown by its close co-operation with Global Witness and the Canada-Africa Partnership on blood diamonds, Tweedie said. Other local and international companies featured on CBIA’s website as having engaged with the company include Shell Nigeria and De Beers Namibia. Shell South Africa’s security manager, Brandt Brecher, would not confirm or deny using CBIA’s services, saying that internal security matters were confidential. ‘Hideous’ Professional associates of Whitehead contacted this week knew little or nothing of his background and were clearly shocked to hear of it. “This is hideous news,” said Andrea Muller of Security Focus, who attended the KwaMaritane conference and said she had always had a good relationship with Whitehead. She declined further comment. Technews’s Andrew Sheldon, also a keynote speaker at KwaMaritane, said he would “hesitate” to appear on the same platform as Whitehead in future. Whitehead also failed to seek amnesty for two other alleged offences connected to the Aggett case. In 2000, policeman Paul Erasmus testified at the TRC that Whitehead had commissioned him to break into the Somerset West home of Aggett’s parents and snoop for evidence relating to the inquest, specifically material showing that Aggett had suicidal tendencies from childhood. The TRC also heard that the chambers of advocate George Bizos, who represented the Aggett family at the inquest, were bugged by the security police. Bizos said last week that Whitehead was “a very well-rehearsed witness”. ‘Like-minded’ In 2002, the former policeman denied to the M&G that he was involved in the bugging. Whitehead formed CBIA in 1994 with “like-minded professionals”. He did not answer an M&G question about whether the “professionals” referred to were also former ­security policemen.

No doubt about identity

Corporate Business Insight and Awareness boss (CBIA) Stephan Whitehead has refused to confirm or deny that he is the former security police lieutenant who led the interrogation of trade unionist Neil Aggett. But there can be no doubt that he is. Apart from Whitehead’s suggestive failure this week to answer the Mail & Guardian’s questions, including one about whether he tortured Aggett, there is compelling circumstantial evidence that the individuals are one and the same: 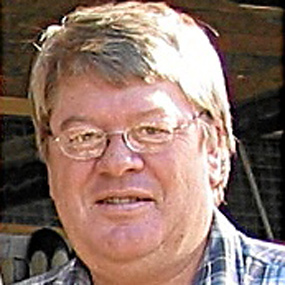 Time to bring this torturer to book

‘The struggle of man against power is the struggle of memory against forgetting,” Czech author Milan Kundera reminds us. And there can be no doubt why Beverley ­Naidoo prefaces her biography of trade unionist Neil Aggett with these words. One of the police interrogators singled out by the Truth and Reconciliation ­Commission as having driven Aggett to suicide, former security police officer Stephan Whitehead, would dearly like South Africa to forget what he did. Presumably using the techniques and experience he acquired as a security force operative, Whitehead has spent 30 years burying his past and reinventing himself as a commercial counterintelligence specialist. So respectable has he become that he now offers training to the South African and other African governments — a supreme irony given his former attitude to ­democratic rule. Dirty money Companies use his services and pay handsomely to attend functions hosted by his firm, Corporate Business Insight and Awareness. Whitehead ­presents himself as a national and international luminary in the “competitive ­intelligence” field: he boasts of his attainments in a Who’s Who Southern Africa website profile, has cultivated links with global security organisations and his ­company website carries photographs of him hobnobbing with visiting ­dignitaries from the United States and Japan. In the context of Aggett’s tragic death in February 1982 and what emerged from the inquest about his treatment on the 10th floor of John Vorster Square police station — he was assaulted, electrocuted, forced to exercise for long periods and, ultimately, interrogated for 62 continuous hours — such impenitent ­self-glorification is profoundly disturbing. Whitehead was given the opportunity under the truth commission ­process of making disclosure, seeking reconciliation with the Aggett ­family and applying for amnesty. He did none of these things, keeping his head ­resolutely below the parapet and gambling that he would never be brought to book. So far, he has been proved right. Ongoing prosecutions elsewhere Other countries with a history of massive human rights violations, such as Argentina and Chile, continue to prosecute security force members who tortured and murdered with the fiat of brutal dictatorships. Why has this process ground to a halt in South Africa? It is 14 years since the last apartheid security force criminal, Ferdi Barnard, was jailed for the murder of David Webster. Why should Whitehead and others in effect receive amnesty when they lacked the courage and decency to apply for it? A priority crimes litigation unit still exists in the National Prosecuting Authority and has a mandate to prosecute apartheid-era human rights violators who were not granted amnesty. Now that he is back in the spotlight and any political risk has evaporated, the unit should be looking very closely at the case of former police lieutenant Stephan Peter Whitehead. * Got a tip-off for us about this story? Email [email protected]

Multiple homes for many MPs