Zuma: Zille must work with ministers on farm protests 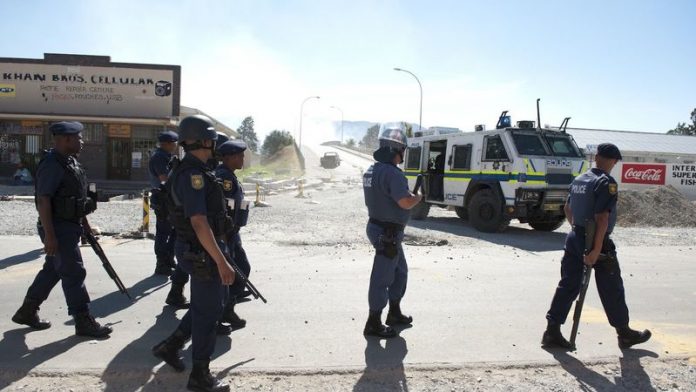 "We wish to point out that the premier has access to all line function national ministries that are working on the matter, such as labour, agriculture, forestry and fisheries and the SA police services," Zuma's spokesperson Mac Maharaj said on Thursday.

"The premier should thus work with her colleagues, the ministers in the relevant portfolios, to discuss the assistance she needs."

Zille wrote a letter to Zuma on Tuesday, asking him to intervene in the De Doorns wage dispute.

"The consequences of the current crisis will be very severe for the Western Cape and South Africa as a whole if they are not immediately addressed," she said in the letter.

She asked him to delegate Labour Minister Mildred Oliphant, who was out of the country, to address the situation.

Spreading unrest
Table grape harvesters began protesting in De Doorns last week with a wage demand of R150 a day. Most earned between R69 and R75 a day, with R80 being the highest and only offer from farmers so far.

The unrest spread to other rural areas and protest action took place in 16 towns.

The labour department announced on Wednesday that farmworkers would suspend their protests over wages and living conditions in 16 towns for two weeks.

Acting Labour Minister Angie Motshekga said the Congress of South African Trade Unions (Cosatu) had consulted workers and it was agreed they would return to work on Thursday and stop violence and vandalism.

The suspension was on condition that the sectoral determination for agriculture be looked at by the Employment Condition Commission next Wednesday.

This meant the R70 a day minimum wage for farmworkers would be renegotiated.

Situation closely monitored
Indications on Thursday were that there were still protests in certain areas. Western Cape police spokesperson Lieutenant Colonel Andrè Traut said a number of rural areas were being closely monitored.

"Although no serious acts of violence have been reported as yet, the matter is regarded as volatile.

"Areas affected this morning are De Doorns, Ceres and Swellendam, with sporadic situations in other areas as well. The most recent protest action is occurring in Swellendam, and although there is no indication that it is farmworker related, there could be a link."

The union said it had a "successful visit" to farmworkers, farm dwellers and township residents in Ceres and Robertson on Wednesday.

Calls for restraint
"The success was characterised by the release of those arrested, following the negotiations between Fawu and the police, as well as the reception of the call for restraint from engaging in violence while maintaining peaceful protests."

Between 20 and 30 workers were apparently released by police in those areas.

"While workers have rejected a call to return back to work for the next two weeks, a promise from workers to restrain from violent actions is welcomed by Fawu leadership," the union said.

Cosatu provincial organiser Mike Louw told Sapa on Thursday that it would take a bit more time to inform all farmworkers to suspend their strike and they were deploying people to areas which had not been informed.

Cosatu provincial secretary Tony Ehrenreich listed five issues that needed to be tackled before there was a resolution.

A stop to 'grand-standing'
The first was that politicians had to stop "grand-standing" and start working together on a solution.

The second and third were both applicable to farm employer body AgriSA.

"The AgriSA must take its head out of the sand and stop undermining the workers' desire to join a union. AgriSA must add their voice to the national call for an urgent increase in the minimum wages."

Ehrenreich said the fourth point was for government to speed up the convening of a negotiations forum for the minimum wage.

Lastly, he said workers had to organise themselves by joining unions which represented their grievances. – Sapa