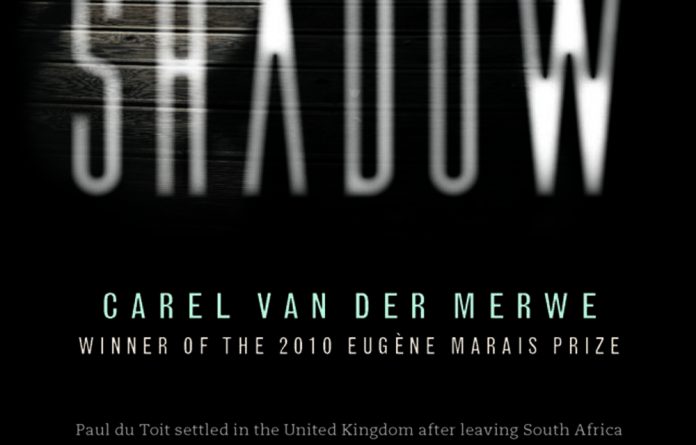 This reads like a South African James Bond novel, but is more elegantly written and rather more serious, both in its exploration of a man's purpose in life and in its comment on the scene of the action, in this case South Africa.

Paul du Toit, whom readers may know from Carel van der Merwe's earlier books, No Man's Land and Shark, is a South African who lives in London. He works for a security firm and has a past, which includes special-forces operations in Angola, planting a bomb in South Africa and a Truth and ­Reconciliation Commission amnesty hearing. Now he has a quiet life in London, a 10-year relationship with a Czech woman and a weekly rugby friendly with other expatriates on Hampstead Heath.

But, somehow, he is still waiting for his life to happen and one Sunday afternoon at rugby an in-your-face Australian provokes him to sudden violent aggression. This has immediate consequences and when he is offered an assignment to tail and protect the 17-year-old daughter of a financier on her holiday in South Africa, he accepts. After a decade of absence he finds himself in his home country, following a group of young friends along the south coast from Cape Town to Port Elizabeth. He is taking it easy and has even got in touch with his brother and his ex-wife when, on the Port Elizabeth beachfront, of all places, the action suddenly erupts.

What makes this book more than an action thriller is that Van der Merwe shows a man moving from his previous comfort zone to a different place. In the first it was acceptable to volunteer for "special forces", to plant bombs and so on, all of which destroyed his early life and his marriage. He rationalises these events and his now grey existence by taking refuge in the writings of Schopenhauer. He muses: "At its core, life is unpredictable, uncontrollable; you are just a piece of driftwood tossed about by an aimless malignant force that never rests."

Despite the gloom, it is a rattling good read and there is a certain fascination in this manly take on the world. At one point, he has coffee with his ex-wife and reflects that: "She has that same confident gloss that comes from a self-contained suburban life filled with servants and weekend braais." But Paul du Toit also exudes a confidence that may not be suburban and boring, but is somewhat anachronistically male. He is certain that his perceptions and opinions are correct, in the manner of Ian Fleming and James Bond.

More serious, though, is the view given of contemporary South Africa. Although Van der Merwe's observations create a realistic and believable present-day version of the country, there is the matter of the front-cover blurb, which refers to "the hidden powers that control South Africa". Really ?

In one of the few amusing incidents in the book, Du Toit is amazed to discover that his daring but gentlemanly (Bondish) actions on the Port Elizabeth beachfront have been wildly distorted and exaggerated by the press. The jacket's blurb statement has a similar ring and one has to wonder whether "the hidden forces" are the very same as the "aimless, malignant force that never rests" previously mentioned in connection with a piece of driftwood.

Be that as it may, Van der Merwe tells a convincing tale of how a man comes out of the shadow of his past into a better future, in London, with his Czech sweetheart, whom he eventually begins to appreciate.