Throw the book at books 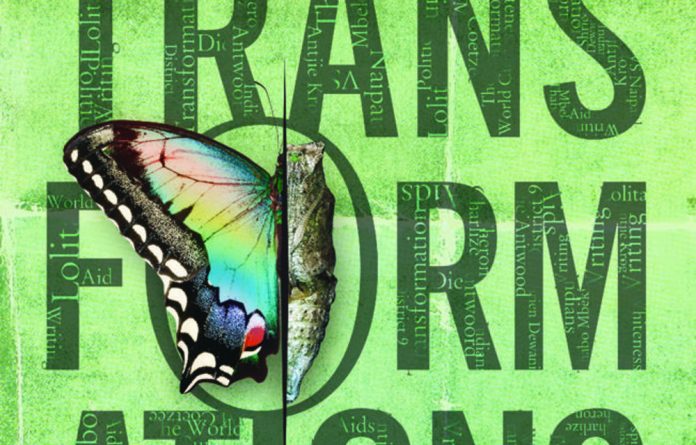 For those of you who turn first to the arts pages of the newspapers, especially the books pages, this collection of essays will be a treat because many of them deal with literature.

The slightly forbidding title should not be a deterrent, because Imraan Coovadia intends it, I think, to refer to the swift shifts of thought and consciousness that enlighten and enliven our intellectual life. He elaborates this underlying theme throughout.

This element of surprising revelation, as well as new takes, unusual connections and wholly odd juxtapositions characterise the pieces in this book, which is written in a clear, readable and conversational way. It is not a book written for academia and is happily free of jargon.

He starts with an introduction, "Against the Book", in which he is helpful about what an essay is and what its advantages are over a book. Here, he makes some fairly outrageous remarks about books. There is plenty to quibble about. He even questions (later on) whether or not a lot of reading is a "good thing". This may seem unnecessarily radical in a country where so many are not sufficiently literate to fill in a form or understand an ATM. But, he says: "In an essay, gossip and close reading, metaphysics and psychology, philosophy and love and scorn and politics may even coexist without necessarily provoking discordance."

As is ever his way, Coovadia is light in tone and original but loves to include a few throwaway remarks that will almost certainly provoke, despite his disclaimer above. At the Mail & Guardian's ­Literary Festival this year, he was on a panel of authors who were supposed to discuss war, peace and transformation in South African fiction, but strayed somewhat. In reply to a question on his teaching at the University of Cape Town, he wandered into a diversion on the levels of academic debate in South African universities and the seeming reluctance of academics to engage, complaining: "No one fights back."

In these essays, Coovadia throws out many unsettling observations for readers to consider, often in an amusing way.

The essays have a remarkably wide range, scooping up 19th-century literature (Wordsworth, George Eliot, Tolstoy) in relation to modern political issues, as well as bringing in current topics such as the Dewani case, in which he takes a close look at Shrien Dewani's behaviour. The latter piece is titled Cheapskate. The Azan Clock is a quirky but serious look at "having a theory of one's enemies" and examines growing up Indian in Durban in the 1970s and 1980s and a family life that has, over the years, included Moscow-­published Marxist texts and an Islamic revival. Alan Paton, Nabokov and an essay called Tolstoy against Literature feature, as do pieces on vuvuzelas and private schooling. One of my favourites — and likely to cause controversy — is a dry essay on JM Coetzee that is full of gossip, insider nous and literary insight.

It is possible that this collection will appear on lists of prescribed reading at tertiary institutions for years to come. At one point, Coovadia lists other notable essay collections, including especially Stephen Watson's The Music in the Ice.

I believe his own collection could take its place alongside old favourites such as Virginia Woolf's The Common Reader and Vladimir Nabokov's Strong Opinions. Ironically, given his qualified debunking of reading and books, Coovadia's essays have the effect of sending one off to reread Anna Karenina (looking for dikost) and any number of other books too.

It is strange that he has presented these in book form. Would they not be more true to the spirit of the endeavour if they had been printed as pamphlets and handed out, if not at the factory gates, then at least at those of universities, mosques and churches, libraries, or on trains and buses? Let us not even think of consigning them to the vast ephemera of the internet. Although Coovadia himself says "… this collection of essays has no proper reason for existence apart from a publisher's tolerance", it is dense and playful, interesting and reassuring and definitely good value for money.