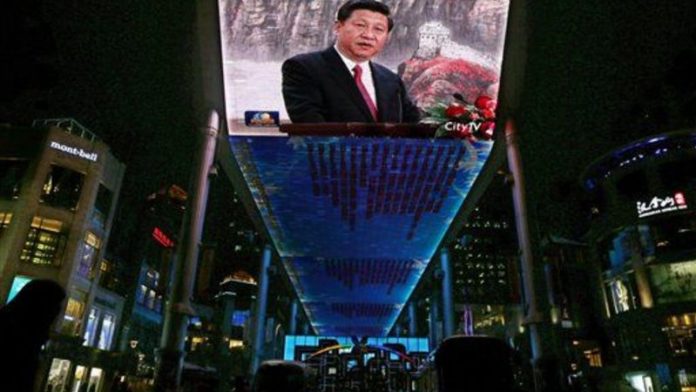 In a weekend speech that was carried on Monday by the official Xinhua News Agency, Xi told the new 25-member politburo that the party must be vigilant against graft, noting that corruption in other countries in recent years has prompted major social unrest and the collapse of governments.

However, he has yet to offer any specific new proposals to stop it.

"The large number of facts tells us that if the problem of corruption becomes increasingly severe, it will lead to the ruin of the party and the country!" Xinhua quoted Xi as saying in a speech that can be read as an indication of the priorities of the incoming administration.

Xi's language was unusually direct for a top leader, indicating his seriousness about the problem, but his speech gave few indications of how the party could better police itself, said Jean-Pierre Cabestan, a political scientist at Hong Kong Baptist University.

"He used strong words. It was clearly a warning: 'We have to do something about this,'" Cabestan said.

"Clearly, for him, the crux of the matter is corruption. The trouble is, of course, that he doesn't tell us much about what are going to be the efficient tools or weapons he will put together to fight corruption."

Investigations target top leaders
Several corruption investigations have targeted high-level leaders in recent years, most notably former politburo member Bo Xilai, who was purged this year after an aide disclosed that Bo's wife murdered a British businessman. Bo is accused of obstructing the investigation into the murder as well as unspecified corruption while in office.

Foreign media, meanwhile, have reported in recent weeks that the families of Chinese leaders have accumulated enormous wealth.

Xi urged officials at all levels to obey anti-corruption regulations and to better limit their relatives or associates from abusing their influence for personal gain, but he gave no indication of any independent mechanism for investigating graft.

The party, which controls courts, police and prosecutors, has proved feeble in policing itself yet does not want to undermine its control by empowering an independent body. Some officials have been required to report income, real estate holdings and other wealth to their superiors since 2010, but the measure has done little to staunch graft.

Xi took over as China's top leader last Thursday when he assumed the posts of party leader and head of the military commission from President Hu Jintao. Hu will retain the title of president – the ceremonial head of state – until next spring, when he hands that position to Xi as well.

Zhao Leji, the former party boss of the northern province of Shaanxi, was named the new head of the Organisation Department responsible for key government and party appointments. He takes over from Li Yuanchao, a Hu ally who last week failed to gain a seat on the all-powerful politburo standing committee.

In his remarks to the politburo, Xi dwelled on the importance of the party's theoretical foundations in Marxism, Leninism and the ideas espoused by his predecessors, but his remarks on corruption stood out for being relatively free of political jargon.

Xi also emphasised the need to narrow the gap between the party and the people in what seemed like an implicit critique of his predecessors, said Willy Lam, a political analyst at the Chinese University of Hong Kong.

Lam said Xi's frequent references to "the people" in his speech indicated that "the past two decades have resulted somehow in the people feeling alienated from the party."

"Now what he's saying is that from day one is that we shall stick to the people. We will do what the people want," Lam said. – Sapa-AP