Learning from Chile and Malaysia 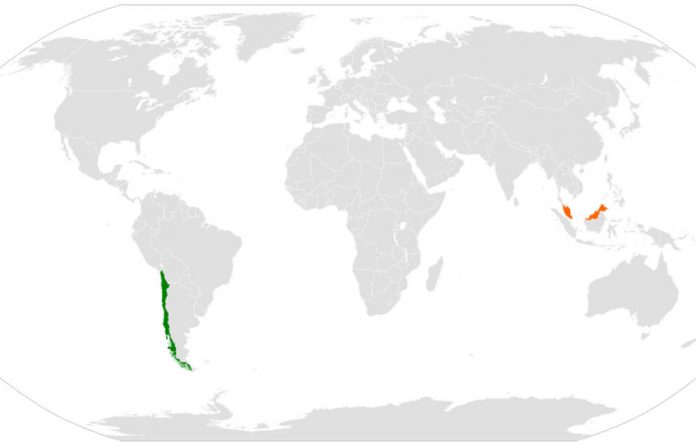 The National Development Plan, approved by the cabinet in September, emphasises how vital it is for South Africa to focus on innovation if it is to create work, combat social ills and compete in the global community.

Small businesses which are growing (rather than those that opt to stay small) can create the majority of the jobs the country needs, the plan notes, but more must be done to improve support to small firms.

Private and public incubators, the plan states, can play a key role. In this instance, South Africa is not behind other emerging countries, many of which have begun to see the value of business incubation in developing more small businesses. Last year the department of trade and industry announced an ambitious plan to roll out 250 incubators by 2015. In particular, the government wants to use incubators to help develop more black-owned enterprises as suppliers to large businesses.

To do so, it wants to rely on new incentives and the enterprise development element in the existing black economic empowerment (BEE) legislation to compel more big firms to roll out incubators to develop small firms.

The department's incubator support programme, launched in September, provides cost-sharing grants to organisations and companies that looking to set up more incubators. By the end of October there were already 60 applicants, a welcome sign. However, a key difference between South Africa and its emerging country peers — such as Brazil, Chile and Malaysia — is that while the latter use incubation as a tool to stimulate innovation, here at home there is no real strategic focus.

This leads incubators to back anyone, be they survivalist operations or the creators of the next Facebook.

Added to this, when comparisons are drawn, the incubators that fall under the Small Enterprise Development Agency (Seda) lag incubators in other emerging countries when it comes to the number of jobs created by businesses supported by incubators, as well as in the turnover of generated by each of these businesses.

Each enterprise from ChileIncuba incubators also turns over almost 10 times more revenue on average than a business based in a Seda incubator.

The kinds of businesses Chilean incubators assist include a company that is working on genome research on the HI virus, a satellite control company that currently monitors about 500 trucks and has begun franchising the idea across South America, and a high volume electrostatic sprayer that is being tested as a crop sprayer product in California. Seda has been successful in growing its number of incubators from 23 in 2007 to 31 in 2011, representing various sectors (from steel in Mpumalanga and information and communication technology in Gauteng, to seven furniture manufacturing incubators and a sugar-cane incubator in KwaZulu-Natal) and during 2010/11 it supported 958 businesses. But it is clear that the kind of businesses created by Seda incubators are micro endeavours that have little scalability, compared with Malaysia and Chile's promotion of high-growth, high-impact entrepreneurs. Be strict.

What can South Africa learn from Chile and Malaysia in building more effective incubators?

First, incubators need to be very strict in the application stage. To guarantee business growth and job creation, they need to pick winners. In Chile in 2010 only 9% of the 2 575 applications that incubators received were approved. The job of incubator staff becomes far easier when they are working with the right kind of entrepreneurs.

High-growth, driven entrepreneurs make it easier to attract the right calibre of staff, consultants and angel investors that are needed to grow a business. It also becomes easier for the firm that is being supported to access the market when a driven entrepreneur is at the helm.

In effect, incubators become enablers – creating a network for entrepreneurs – rather than spoon-feeders who attempt in vain to get new businesses through the year. Incentivise intelligently

What can the state do? Simply put, it can engineer the right kind of incentives. Chile's small business agency, Corfo, is doing precisely that. In 2004, backed by a royalty tax on mining sales, Corfo began offering seed funding to entrepreneurs with new ideas.

Associations (incubators) that helped these entrepreneurs were entitled to a portion of the grant. In this way each incubator received about 70% of their funding from Corfo.

The number of incubators mushroomed, but Corfo soon realised something: the incentive had also unintentionally created a lot of deadwood. The incubators were churning out a lot of dud businesses, simply because the numbers guaranteed them more grant funding.

Last year Corfo acted. New rules were drawn up. Incubators that present the agency with new ideas will now get a smaller portion of base funding.

The rest of the funding becomes available only if the incubators can prove that the grants have helped entrepreneurs they assist to increase their businesses' turnover, to employ more people and to obtain outside funding.

Cristobal Undurraga, Corfo's manager of entrepreneurship and innovation, admits that many incubatees that received Corfo grant funding have since failed, but points out that this is the nature of business. Some will fail and others succeed.

The important thing, Undurraga says, is not how many fail, but rather how many incubated firms create exponential growth. The old Corfo policy viewed all businesses as the same. The new policy will help push incubators to assist quality, high-growth firms, he says.

Another important lesson from Chile (as well as from Brazil), where the majority of incubators are set up by universities, is the importance of getting more tertiary institutions involved in incubation.

There are several advantages to having a business incubator located on a campus, including access to in-house technology development and the benefit of making available experiential learning for students. A lot of cutting edge research is undertaken by universities, but all too often the intellectual property developed there lies dormant or is sold off to foreign buyers.

South Africa's Intellectual Property Rights from Publicly Financed Research and Development Act, which came into effect in 2008, set up technology transfer offices at universities to commercialise any intellectual property that has been developed at these institutions.

This could nudge universities to get more involved in incubation. Stellenbosch University, the Nelson Mandela Metropolitan University and the University of the North West are already attempting to set up incubators.

Although the Act is well-intentioned, the many restrictions present in the Act may put off investors and entrepreneurs who want to use university patents. These must be addressed.

There is also an opportunity for South Africa to build on the Technology Innovation Agency's 12 technology stations, three tooling stations and 14 biotechnology platforms based at universities and universities of technology. The stations are at present involved in product testing and tooling, but business incubation — either virtual or physical — could be used to help mentor these businesses and attract more innovative entrepreneurs.

South African incubators could also team up with various partners to help the businesses they assist to reach the market.

This could include running trade fairs with local municipalities or business chambers, calls for ideas with big companies that need innovations, market linkage programmes with business consultants or open showrooms along busy streets.

Widen the income base

Finally, because it is so costly to set up and run an incubator, these entities should look at widening their own income base by charging for some services or by taking royalties or equity stakes in the businesses they assist.

Another practical way to source income is from big companies that want to score BEE points through enterprise development.

The experiences of Chile and Malaysia show that incubators that focus on fostering innovative ideas to solve the problems that society or companies face, will have a better chance of helping incubatees reach the market and source finance — and have a higher growth potential and survival rate.

The state should craft incentives (including seed capital) to back high-growth innovative businesses. These incentives can be channeled through private-sector incubators, with funding proportionate to the number of successful firms each incubator supports.

Only by taking a business-minded approach to assisting entrepreneurs will South Africa begin to reap the results we want: creating more companies that produce services and products the world needs and ultimately adding thousands of jobs through the various spin-offs that new ideas have on an economy.

Stephen Timm is a journalist who focuses on small, micro and medium enterprises and is the author of the Trade and Industrial Policy Strategies report How the state and private sector can partner to boost support to SMEs: Lessons from Chile & Malaysia that was released in July.

Physical distancing rules do not have to mean that we work in isolation; on the contrary, the need for communication has never been greater
Read more
Special Reports