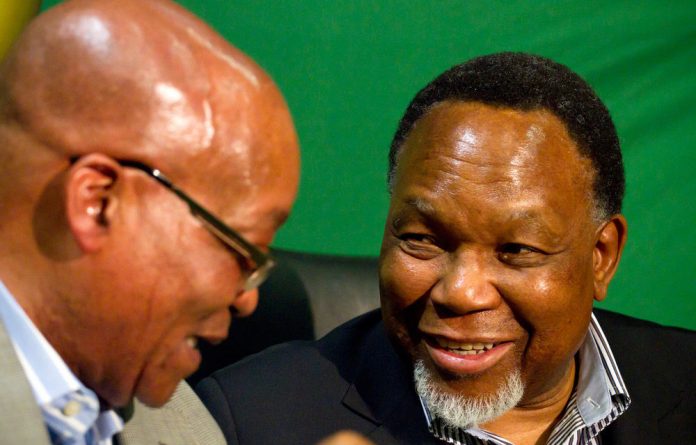 The court heard an urgent appeal last Tuesday by six Free State ANC members who claimed the provincial executive committee (PEC) was not properly elected. They wanted the court to declare null and void the provincial elective conference held in Parys in June.

The group asked the Free State High Court to grant an order to stop provincial African National Congress leader Ace Magashule and the PEC from working, and to order the national ANC to dissolve the Free State PEC, appoint an interim management structure, and annul the province's nominations for the ANC elective conference in Mangaung in December.

The Free State High Court refused to hear the merits of the case and dismissed the application with costs. That court said the group's publication of notice of its application was irregular and materially defective.

The six contended that the high court's reasons were not sufficient for it to deny them the right to have the case heard, leading them to approach the Constitutional Court.

Forces for Motlanthe
Meanwhile, the ANC's second-biggest region in the country, the Eastern Cape's OR Tambo, has backed Kgalema Motlanthe for the post of ANC president, the South African Broadcasting Corporation reported on Wednesday.

Nomination for current president Jacob Zuma, who already had the backing of the country's biggest region, Ethekwini in KwaZulu-Natal, would have put him firmly in the lead to retain the post of ANC leader at the party's elective congress in Mangaung next month.

Regional chairperson Thandekile Sabisa told the SABC that the party, under Zuma, had failed to address issues raised at the 2007 Polokwane conference.

"The use of state power, factionalism, ill-discipline, etc. … this leadership has failed to address those issues. It's not credible, it's under attack and not respected by opposition parties," he said.

"We then said that let's find leadership that will be respected by the people of South Africa and the membership of the ANC. Comrade Kgalema Motlanthe, we believe, is the one that would bring back the dignity of the organisation.

"He can't say no when the branches say 'lead us' because he knows that the organisation needs leadership of his calibre," Sabisa told the broadcaster.

It was still not clear whether Motlanthe, the ANC's deputy president, would stand against Zuma. – Sapa

The thanks Pravin Gordhan gets for his loyalty is a spit in the face from Zuma, in the form of the fraud charges against him.
Read more
National

NEC insiders claim that President Jacob Zuma is being consulted on ways to bow out gracefully.
Read more
National

The South African Press Association has allayed fears over the mandatory deletion of its stories from its subscribers' archives.
Read more
Advertising