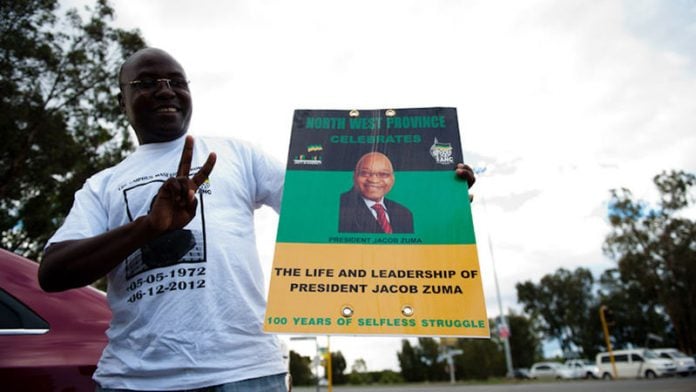 But party secretary general Gwede Mantashe said at a media briefing this would not stop those who were attending as members of one of the leagues or in a different capacity. This would include provincial chairperson of the illegal provincial committee Ace Magashule, who Mantashe said "is going to be attending the conference as a [national executive committee] member".

Mantashe also announced a 20-person task team – which included Magashule as the only survivor of the previous committee – to oversee fresh elections in the province in the first three months of next year.

According to Mantashe the new interim structure's members would not attend the conference as voting members unless they were already attending in any other capacity other than as a member of the now disbanded provincial committee.

Mantashe added that the branch processes that elected delegates from the Free State to attend the national conference were not affected by the ruling as the ANC's electoral commission, and not the provincial committee, had overseen those processes that were "seperate from the process that brought about the invalidated process in Parys where the provincial committee was elected in June.

Likewise, Mantashe said the ANC national executive committee was of the opinion that the Free State's provincial nomination conference was also unaffected by the Constitutional Court's ruling.

The relief sought by Mpho Ramakatsa and other disgruntled ANC members did not seek to have the entire Free State delegation barred, only the provincial conference in Parys and all resolutions and decisions taken there, declared illegal.

Alleged irregularities ranging from intimidation to register rigging had infected the Free State ANC's delegate and voting processes from branch level all the way through to its provincial conference.

Advocate Dali Mpofu, acting for Ramakatsa and six disgruntled Free State ANC members – and thousands others from branches in the province – had asked the Constitutional Court to declare the Free State's June provincial conference and "all decisions and/or resolutions adopted there … declared unlawful and set aside". In argument he had suggested that as many as 400 of the 750 voting delegates at the provincial conference were "tainted" – rendering the outcomes there illegitimate.

Mantashe on Saturday reiterated a Friday statement that members "who did not exhaust all internal processes before taking the party to court" would be kicked out of the party after "disciplinary process".

This was in reference to ANC members from the North West that lost a Mafeking High Court attempt to have their provincial processes reviewed.

The court will give reasons for its decision on Tuesday, but the ANC is bound by the court ruling even before those reasons are provided. Disgruntled ANC Free State members brought a court application to reverse the outcomes of the June provincial conference held in Parys, after claiming the PEC was fraudulently elected.