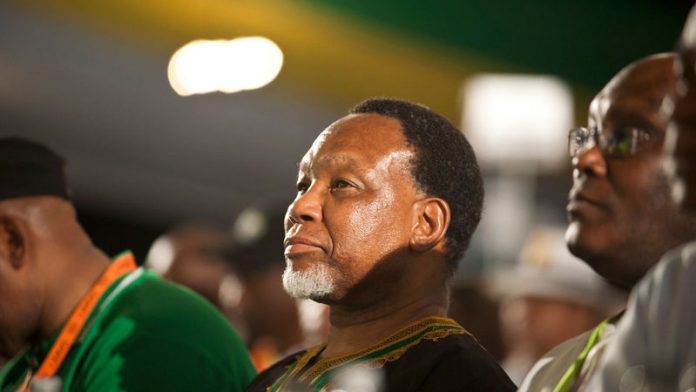 On Tuesday evening as the Mail & Guardian went to press, delegates were told Motlanthe declined nomination to the national executive committee (NEC), a body he has served on for 15 years.

Four delegates who were present confirmed to the M&G that the decision was announced, and that no reasons were given.

The move is already fuelling speculation on the sidelines of the conference that he will not remain long in government.

People close to Motlanthe said he was increasingly unable to contain his frustration with President Jacob Zuma, and may find his position untenable.

Just before the announcement Motlanthe briefly addressed the plenary, wishing the party's new leadership well, and thanking Zuma for allowing him to speak after him.

"One thing alone needs to be said. The ANC is the epitome of democracy and so we must continue to champion democracy in our country and the world over," he said.

"Our leaders were elected by the entire of the ANC. As we continue with our deliberations to the commissions, keep that in mind, doing this work under the watch and guidance of a very capable leadership we have elected."

His decision to join Trevor Manuel, Zwelinzima Vavi, and Jeremy Cronin in declining brings into sharp doubt the unity calls made immediately after the announcement of Zuma's victory, just as voting for the NEC gets underway.

Just over 900 delegates consistently voted for the "change" candidates led by Kgalema Motlanthe, who got marginally more than the rest of the slate with 991.

Zuma insiders have told the M&G over the past fortnight that the president is furious with his rival, and wants him out, even though others on both sides made a point of sounding more conciliatory. "There is no reason for him to go", a Cabinet minister sympathetic to Zuma said of Motlanthe.

Public Service Minister Lindiwe Sisulu on Tuesday stressed the need for unity in the party.

"It is of paramount importance for our future," she told the M&G.

Sisulu – who declined a nomination to run for party treasurer general – said she has every confidence in the newly elected office bearers of the ANC and argued that losing candidates would not be left in the cold.

"If people who were voted out of the ANC had no future in the movement, we would have been greatly depleted by now," she said.

"Of course they have [a] future in the ANC; and the message we are sending after this election is one of unity."