The way forward for Motlanthe 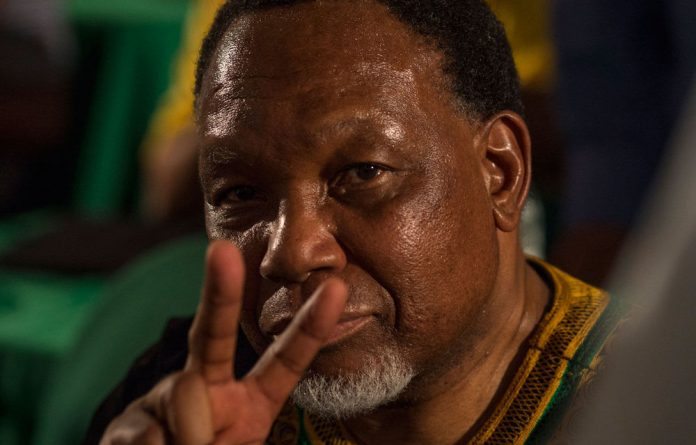 Motlanthe’s withdrawal from the race for the deputy president position during the national congress in the ANC was an indication that a deal had been made for him to stay in his position, at least until after the next elections, several sources at the conference said on Monday.

This would save Motlanthe the indignity of being recalled from office like former president Thabo Mbeki. Ironically, the ANC replaced Mbeki with Motlanthe after the last conference in Polokwane where Mbeki unsuccessfully stood against Jacob Zuma.

Motlanthe’s decision would have been driven by the realisation that he was not in a position to win the presidency of the ANC and he would face further humiliation if he lost the deputy president position to his old comrade Cyril Ramaphosa.

Motlanthe succeeded Ramaphosa as general secretary of both the National Union of Mineworkers and the ANC.

From the opening day of the conference, it was clear that Zuma’s supporters far outnumbered those who supported Motlanthe and his “slate”, which included Tokyo Sexwale for deputy president and Fikile Mbalula for secretary general. Motlanthe has always denied being involved in slates and spoke out strongly against them but it was clear that he was the favourite of the Anyone But Zuma group.

Zuma’s supporters were much more vocal and sang songs in his praise almost throughout the day on Monday.

The president surprised his supporters on the opening day by not singing his trademark Umshini Wami song, but opting instead for an old struggle song.

ANC chairperson Baleka Mbete later explained that the leadership had made a decision that they would only sing songs that everyone would be able to sing, and not songs that were associated with particular factions in the party.

Now that Ramaphosa is the new ANC deputy president, it is possible that a role would be created for him in government so that he can take over from Motlanthe after the 2014 elections.

Trevor Manuel’s withdrawal from nomination from the ANC’s national executive committee has made it easier for him to be replaced by Ramaphosa as Minister for Planning in the presidency. After all, Ramaphosa is Manuel’s deputy on the national planning commission, which produced the national development plan, which is likely to be endorsed by the ANC this week.

With hindsight, it seems that Zuma’s major selling job of the national development plan in his political report to the conference could have been more because of him trying to upsell Ramaphosa’s future role in government, rather than endorsing the work done by Manuel.

Manuel, several sources at the conference said yesterday, had probably lined up an international job already.

But before there is a public outpouring of sympathy for Motlanthe, please bear in mind that he is currently on a retired president’s salary (having been president for all of seven months) and not on a deputy president’s salary and this will continue until his death.

In the interest of the country, the ANC would do well not to lose his skills completely.

Ryland Fisher is a former editor of the New Age and the Cape Times.