Something fishy at Nkandla
President Jacob Zuma and his office's squirming, scratching and diving under the furniture over Nkandlagate stinks like the bin outside the Fish & Chip Co.

The nation's top cat and his fellow felines snapped shut the cat flap on the flow of information and yowled that journalists were getting the facts wrong.

Even if the state did not pay for Zuma's catnip garden, the scratching post and the comfortable cushion cat dome, why was R250-million of public funds used for the guard dog kennels and the cat-burglarproof fencing at Zuma's very own cat hotel?

This debacle confirms Zuma's place at the head of the fat cat pack.

Limpopo Catillacs lap up feeding cream scheme
Living in a cartoon junkyard in the 1980s, Riff-Raff and his gang the Catillac Cats were known for their elaborate get-rich-quick schemes.

As if the Catillacs had relocated to Limpopo, former ANC Youth League president Julius Malema and his cronies have emerged as key cats in numerous tender schemes.

Most recently, contracts for the Limpopo R1.7-billion school feeding programme were dished out to Malema's inner circle, including two of his cousins, his part-time bodyguard, his former driver and the driver's girlfriend, and two of his ANC Youth League allies.

Malema was said to have handed Limpopo education MEC Dickson Masemola a feeding list of Catillacs to whom such treats should be fed.

In the cat's-got-the-cream frenzy that followed, one of the more flagrant offenders was bodyguard Jabavu Olifant, who was accused of not even delivering the food to schoolchildren. 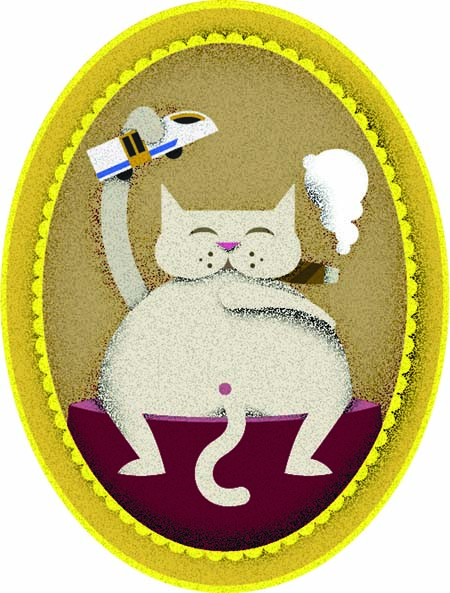 Gautrain, Scat Cat, jazz and cigars
When Scat Cat Youssef Zarrouk and his streetwise band of arms dealers and fixers dragged a fresh, fishy R26-billion Gautrain contract from South African waters and laid it on the pillow of Canadian multinational Bombardier Transportation, Zarrouk was tossed a juicy R300-million treat.

Zarrouk – a shady Tunisian fixer – had been contracted to help the company to win the contract. His band went all out to lobby the relevant decision-makers. In the case of Gauteng Premier Mbhazima Shilowa, they planned to tempt his well-known fat-cat taste buds with "wine, cigars, jazz, cars", according to their own documents.

This aspect of the Gautrain deal, from the characters to the contracts, carried echoes of certain South African arms deal "commission payments", which investigators regard as intended bribes, although all parties have denied wrongdoing. 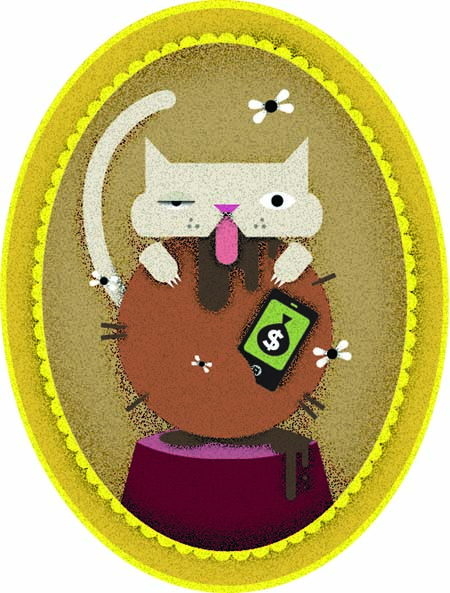 Claws out, fur flies in Persian cat fight
After former MTN's Chris Kilowan returned from the company's Iranian operation, he started to choke on a hairball. He coughed and, with the help of one of MTN's rivals – Turkcell, which is suing MTN through a court in the United States capital Washington – heaved up sordid tales of how MTN's bespoke-suited fat cats had wined, dined and bribed Iranian and South African officials and politicians to win an operating licence there. MTN was said to have influenced South Africa's nuclear policy and lobbied the South African government to allow arms deals with Iran.

Claws and incisors were later bared in court, where Kilowan tore off clumps of MTN's fur. The company in turn dashed for the safety of a technical legal argument, which they hope will see the matter thrown out of court.

Sexwale sprays his marking in the Congo
In the rough-and-tumble alley of African mining, the fattest and furriest are known to lie, cheat, steal or purr seductively – whatever it takes – to "grab" mining rights from the claws of other miners, often selling or "flipping" them on at great profit.

Arguably, Israeli businessman Dan Gertler is the fattest cat in this game. Having befriended Democratic Republic of Congo President Joseph Kabila, Gertler has plumped up from the profits of numerous mining rights, allegedly through such "grabbing and flipping", a notion he disputes. The Mail & Guardian discovered this year how, before re-entering politics, Human Settlements Minister Tokyo Sexwale roamed the DRC mining alleyways at Gertler's side when companies linked to the former financed at least one of Gertler's deals. 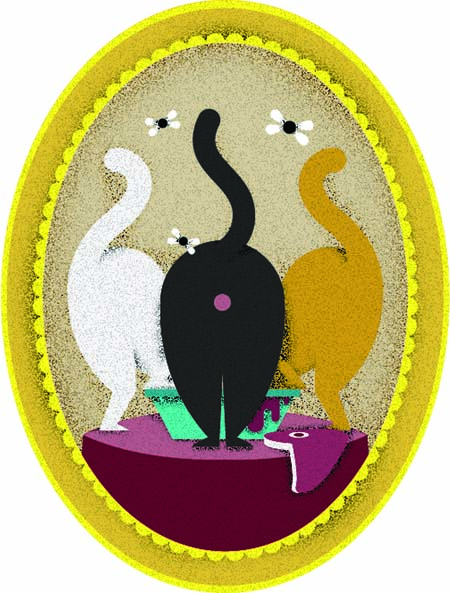 The clowder was, in reality, the ANC-linked Coral Lagoon consortium that had recently benefited from a Capitec empowerment stake thanks to generous state funding.

Coral Lagoon was 20% owned by an ANC-founded trust, assembled by a controversial ANC fundraiser and included ANC heavyweights and relatives such as Gugu Mtshali, the life partner of Deputy President Kgalema Motlanthe, Lotto boss Bongani Khumalo and Pilisiwe Twala-Tau, the wife of Johannesburg mayor Parks Tau.

Their stake in Capitec had been funded by the Industrial Development Corporation and, after the stock price grew, a different state body, the Public Investment Corporation, bought enough of their shares to pay off their debt, leaving their furry bellies R1-billion rounder. 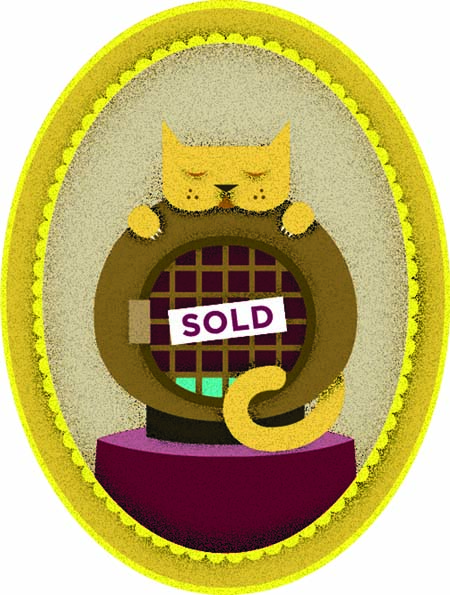 Bolt holes for Zimbabwean cats
Robert Mhlanga, Zimbabwe Presi­dent Robert Mugabe's former pilot, is the tomcat at the centre of a web of companies scratching diamond wealth from the dirt at Marange.

Mysteriously, Mhlanga recently purchased a handful of plush South African properties: in some cases for more than six times the going rate; and in another instance several properties in a day.

It is also widely rumoured that Mhlanga is Mugabe's cat's paw, as it were, representing the grizzled old feline's financial interests. Although this has been roundly denied, Mhlanga's property splurge prompted speculation he was preparing "bolt holes" for the Mugabe menagerie should they need to leave Zim in a hurry. 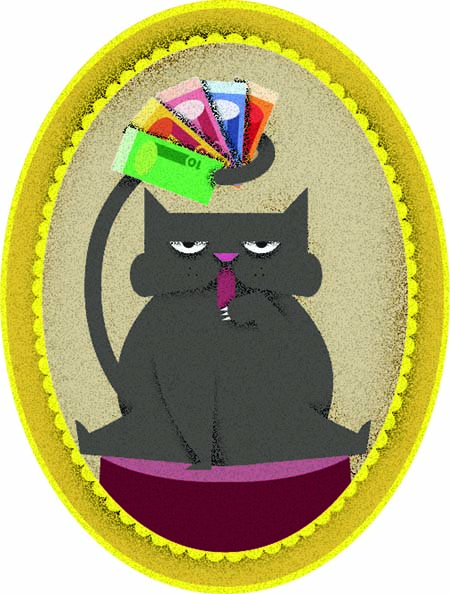 Nothing but a bag of kitty litter
In 2008, when French nuclear parastatal Areva hoped to win a now defunct South African nuclear tender, it bought three uranium mining assets from a company linked to allies of then-President Thabo Mbeki and his deputy Phumzile Mlambo-Ngcuka.

The hope was that this would tickle Mbeki and Mlambo-Ngcuka's chins and have them purring at Areva's feet. But after Areva paid $2.5-billion on the deposit, Mbeki was sacked, the tender was cancelled and the uranium deposits were revealed to be worth little more than a bag of kitty litter.

Canadian banker Stephen Dattels and his sidekick Sam Jonah who sold the deposit are understood to have licked their paws, cleaned behind their ears and looked on with narrow-eyed satisfaction. 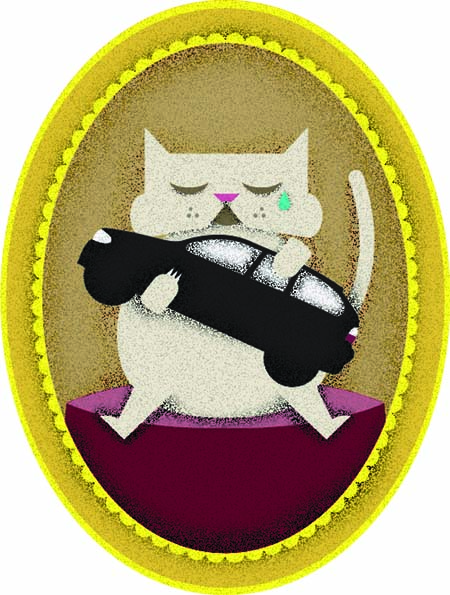 Top cat dishes tender cut
When Limpopo education department official Top Cat Peter Letsoalo was spotted purring around Polokwane in a luxury 4×4 BMW, other cats become curious. As a senior supply chain manager, Letsoalo's job was to dish out state tender contracts and his new ride had been acquired from the recipients of one such helping: EduSolutions director Moosa Ntimba.

Ntimba's company, now notorious for its role in the school textbook scandal, had just got its claws into the textbook contract when Ntimba transferred his BMW to Peter's father, daddy-cat Morothi Letsoalo. A Special Investigating Unit communication implicated Peter Letsoalo in a possibly fraudulent R19-million increase in the EduSolutions contract. Hackles rose and the BMW was pawed back to Ntimba, who growled that the car had nothing to do with the tender. 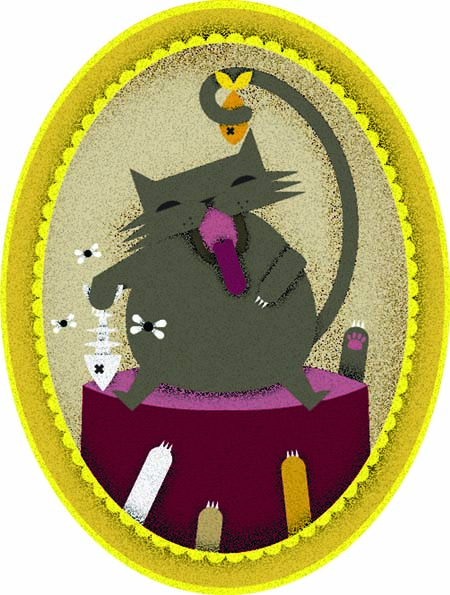 Gnawing the meat from social grants
Each month through its social grants programme, the South African government hands out about 15-million small kitty meals.

Although each portion is tiny, the R105-billion-a-year bag from which they're dished out is the great catnip in the sky for those tenderpreneurs who lick their chops and fight fang and claw for control of it.

Serge Belamant of Cash Paymaster Services was one of these. His company came out as the winner following numerous fraught tender processes. He was later left rubbing his belly when, in a legal challenge by a losing bidder, a South African court ruled that even though the tender was "illegal and invalid" the job remained Belamant's.

Now the United States department of justice and the securities exchange commission have launched investigations into the Cash Paymaster's parent company Net 1, which is listed there.

Limpopo principal is the world’s best