Obama pushes for finalisation of US financial legislation 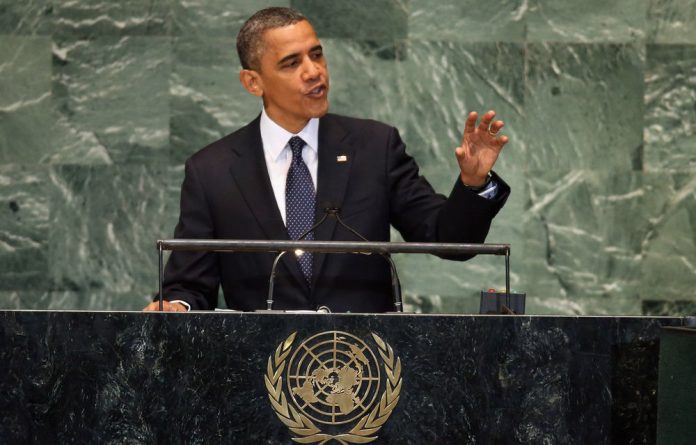 Tax increases would affect millions of middle class Americans and prevent an expiration of long-term unemployment benefits for the jobless. This could hit the US economy hard.

His remarks Friday capped the end of yet another frustrating week during which Obama's Democrats and opposition Republicans, led by House Speaker John Boehner, were unable to reach an agreement on avoiding the so-called fiscal cliff.

On Thursday, Boehner signaled that he was still open to talks with Obama but said he didn't know how the combination of automatic tax increases and spending cuts would be avoided.

"How we get there, God only knows," he said. Economists fear the combination of across-the-board tax increases and steep spending cuts scheduled to kick Jan. 1. could deliver a blow to the U.S. economy.

The president spoke at the end of a day in which stocks around the world tumbled and congressional leaders squabbled as the fiscal cliff drew implacably closer. Obama insisted that he still wants a bill that requires the well-to-do to pay more. "Everybody's got to give a little bit in a sensible way" to prevent the economy from pitching over a recession-threatening fiscal cliff, he said.

He spoke after talking by phone with Boehner and meeting with Senate Majority Leader Harry Reid. "I still think we can get it done," Obama said as he struggled to pick up the pieces of weeks of failed negotiations and political maneuvering.

Boehner earlier this week tried to come up with his own deficit reduction plan to counter Obama's, but was forced to cancel a vote on it Thursday after it became clear that he didn't have enough support from members of his party.

had proposed letting taxes rise only on households making $1-million or more a year, but some Republicans, especially conservatives and members of the small-government tea party movement, don't want higher taxes at all.

Obama's latest proposal was pushing for higher tax rates for Americans making more than $400,000. Boehner's plan, introduced abruptly this week, had been unlikely to pass the Democratic-controlled Senate, and Obama had threatened to veto it.

But Boehner had hoped it would rally Republican troops and strengthen his position in talks with Obama on how to make up for the country's chronic deficit spending. Instead, the withdrawal of his plan was an embarrassment and a major personal defeat.

It also added uncertainty to prospects for any bill clearing the House. Any compromise reached with Obama would almost certainly include terms even less appealing to Republicans than the plan Boehner had put forward.

We had a number of our members who didn't want to be perceived as raising taxes,' Boehner said Friday. There was no immediate response from his office to the president's remarks. Boehner may now have to rely on the support of the House's Democratic minority if any plan is to get through the chamber.

That could damage his standing within his party and affect his prospects for retaining the speaker's position when the newly elected Congress takes office in January. The White House said Obama will press ahead with Congress on a plan to avoid the fiscal cliff. But Thursday's events left little time for a deal.

The House will not meet again until after Christmas, if then, and the Senate is expected to meet briefly on Friday, then not reconvene until next Thursday. The question of raising taxes on the wealthiest Americans has been the biggest sticking point in talks.

Tax cuts approved during President George W. Bush's presidency are set to expire at the end of the year. Obama campaigned for re-election calling for the cuts to be extended for anyone earning less than $250 000.

Republicans opposed taxes going up for anyone. Boehner and Obama had seemed to be making progress in negotiations. Boehner's plan proposed allowing taxes go up for those making $1-million or more. Obama had offered a compromise $400 000 level. In the negotiations, Obama and Boehner are separated by relatively miniscule dollar differences, by Washington standards.

Obama wants to raise taxes by about $20-billion a year more than Boehner. The two men differ over spending cuts by roughly the same amount.

By almost any measure, $20-billion is real money. Yet compared to the $2.6-trillion the government expects to collect next year and to the $3.6 trillion it plans to spend, $20 billion barely registers – less than 1 percent of what the government already is on track to raise and spend.

Relative to the U.S. economy, which should weigh in at well over $15 trillion next year, $20-billion is even smaller.

"The policy implication is very slight," Robert Bixby, executive director of the Concord Coalition, a non-partisan anti-deficit group, said of the gap. "It's not worth the price of not getting a deal."