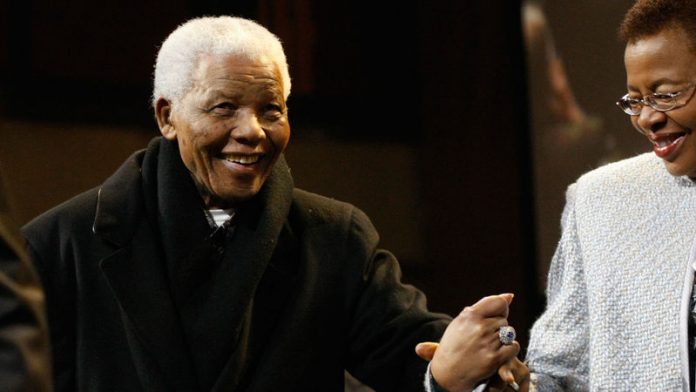 "We found him in good spirits. He shouted my clan name, Nxamalala, as I walked into the ward. He was happy to have visitors on this special day and is looking much better. The doctors are happy with the progress that he is making," said Zuma in the statement on Tuesday.

Mandela has been at an undisclosed Pretoria hospital since December 8 after being flown there from his home in Qunu, Eastern Cape. He was diagnosed with a lung infection and also underwent gallstone surgery.

His current stay in hospital is his longest since he was freed over two decades ago. But Zuma, as well as Mandela's grandson Mandla Mandela, all assured the nation that Madiba was well.

Meanwhile, the South African Broadcasting Corporation reported on Tuesday Zulu King Goodwill Zwelithini joined the call to South Africans to pray for Mandela.The king said he wished Madiba a speedy recovery, and he thanked the medical team looking after him.

Zuma devoted much of his closing address at the ANC's elective conference in Mangaung last week to Mandela, assuring delegates that Mandela was well despite having faced both a lung issue and having gall stones removed. In the statement on Monday, Zuma said the whole nation was behind Madiba during this difficult period.

"Knowledge of the love and support of his people keeps him strong. Therefore, we urge all South Africans to keep Tata uppermost in their thoughts at every place of worship or entertainment tomorrow on Christmas Day, and throughout the festive season. We also humbly invite all freedom loving people around the world to pray for him. He is an ardent fighter and will recover from this episode with all our support,'' said Zuma.