By book or by cook 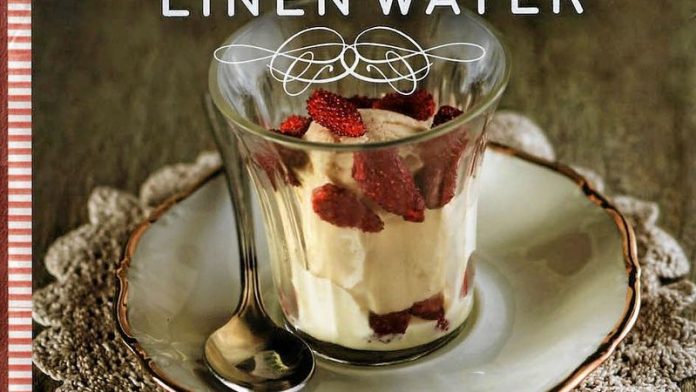 Tessa Kiros’s new book is more than just “a trousseau of Italian recipes” — there are plenty of worthwhile suggestions about how to run a household. This book is about how to “make a home that looks and smells and feels like a home”, and also about the important art of preserving.

Inspired by her mother-in-law Wilma, by her accounts a remarkable woman, there is advice on how to make limoncello liqueur, herbed oils and vinegars, and a recipe for preserving vegetables with salt, vinegar and oil, flavoured with peppercorns and chilli.

Wilma, who first had a linen shop, also has advice about how to organise a linen cupboard so that you can find your way around it later.

There are plenty of good pasta recipes: a baked Sicilian pasta with large chunks of meat in the ragu, ham and chopped mozzarella, among other ingredients. I liked the simple spaghetti with lentil ragu and will certainly make it again, and was quite taken with the offering from Giovanna, a “tireless nonna”, which looks like an incredible pasta with red pepper, aubergine, anchovy, tomatoes, olives, chilli, capers and marjoram.

Advice is sprinkled among the recipes. Who knew that, after dusting a colourful carpet, running a few lettuce heads over the carpet brings out its colour? On the same page is a recipe for pancetta di marisa — pork belly rubbed with rosemary and sage salt.

There’s also a cunning recipe for “fish in a bottle” — white fillets are combined with parsley, thyme, pepper, garlic and olive oil in sealed preserving jars, which are then boiled in a bath of water. There’s no smell of fish in the kitchen, and the house will be left “smelling of washed sheets and fresh flowers”. — Matthew ­Burbidge

A new Donna Hay cookbook is always something to be celebrated: here are meals that can be thrown together in a few minutes with a minimum of ingredients.

One ingredient that you will find a lot of is pork. This may be because, as many believe, bacon, prosciutto or pancetta improves everything. She turns the BLT sandwich into a spaghetti dish with thin rashers of bacon, baby tomatoes, cream, lemon rind, rocket and basil. There’s also an Asian-inspired dish of pork meatballs with noodles, and one with bundles of asparagus and ricotta (again with the lemon rind) wrapped in prosciutto on bread spread with pesto. Even a spinach and ricotta pie does not escape unscathed: the pastry has been replaced with pancetta.

Everything is engineered to save time: meals are often cooked in one pot, like the spicy couscous, with slices of chorizo, chilli flakes and rosemary, or a lentil and sausage cassoulet. Canned beans are recommended, and store-bought sauces and pastries are also suggested. There’s even a “no stir” risotto, cooked in the oven.

I tried Hay’s “big vegetable curry puffs” — steamed sweet potato and butternut mixed with a Woolworths Thai curry paste, which is then baked in shortcrust pastry. But I won’t be making it again — perhaps it was disappointing because of the pre-prepared paste.

But there are many good ideas in this book: fish, kingklip perhaps, grilled with miso paste, and prawns with cannellini beans, chilli and lime juice and caster sugar.

Chocolate also gets its own chapter, which is worth the price of the book alone. — Matthew Burbidge

How much baggage do chefs bring to their home kitchens? Do they subject their family and friends to fussy concoctions with lengthy preparation times? Do their friends usually have dinner before coming round for ­dinner?

Food writer Andy Fenner spoke to 20 of his favourite South African chefs and many of the recipes couldn’t be further from the food they serve in their restaurants. Obviously, some chefs go out of their way to make things that are almost impossible to make at home, hence you have to eat at their restaurants. The recipes here are designed with the home cook in mind, but in some cases they show their thinking behind their professional food.

Award-winning chef Chantel Dartnall, who runs the Mosaic restaurant at the Orient Hotel in Elandsfontein, offers a recipe for the classic Thai snack, thung thong, or “bags of gold”. Her version has peeled garlic, dhania roots and stems, Chinese dried mushrooms, crab and chicken meat and something called “Blue Elephant Special Sauce”, which as far I have been able to find out is a slowly simmered sauce of cabbage, carrots, yellow bean paste, salt, sugar and soy. This is all mixed with white pepper and more sugar and then used to fill bean-curd or spring-roll pastry, and fried.

Karen Dudley, from The Kitchen in Woodstock, Cape Town, has her famous honey-mustard sausages, and also the great trick of “spend-the-night tomatoes”. Cut up some tomatoes and toss them in olive oil, sugar, sea salt and thyme. Stoke your oven to top heat, put the tomatoes in and roast them for seven minutes. Don’t forget them and go off to bed, as my colleague did, or your kitchen will get all smokey. Turn off the oven (don’t open the door) and in the morning you’ll have juicy, slightly singed and caramelised tomatoes, which are good with scrambled eggs, or on a cheese sandwich.

Marthinus Ferreira, from dw eleven-13, shares his mom’s famous garlic bread (it’s got cream cheese in it) and Reuben Riffel, “probably the closest thing we’ve got to a celebrity chef”, provides details of his umami-rich salad of red onion, halved rosa tomatoes, parsley, chervil, olive oil and vinegar, finished off with a small mountain of grated parmesan on top. — Matthew Burbidge

Before the epic expansion of the cookery book industry and before the advent of the celebrity chef, women compiled their own recipe books from cuttings and things they picked up from relatives and friends.

The old family kitchen featured an oil-and-batter stained, yellowing tome, containing familiar recipes and hand-scrawled secrets and adaptations. I was often surprised to find, in my mother’s frayed old recipe book, that the names of things seemed somewhat grander than the actual offering. Good old custard was loftily called crème anglaise, while the humble sponge cake — and this won’t come as a surprise, but everyone starts somewhere —was given a certain something by having its origins traced to the island of Madeira.

My more recent bouts of baking have been aided by the very extensive Mary Berry’s Ultimate Cake Book. However old-fashioned, it encapsulates the English tendency for cakes and bakes that are plain but tasty.

Then there is the legendary, unsurpassed How to be a Domestic Goddess by Nigella Lawson.

The recent release of a local production of Annie Bell’s Baking Bible brings to the kitchen a book full of the classics but with a modern spin. In her introduction, Bell says she drew inspiration from her mother’s handmade recipe book. So, some old codgers such as Proust’s madeleines feature but without the traditional orange blossom water, and with honey instead of sugar.

There is some kitschy stuff like Flake bar cake (now called milk choc cabin log, a Coca-Cola cake and the obligatory red velvet cake (not with beetroot but with red food colouring), a banoffee pie that takes a tin of Nestlé caramel and depressing cornflake crispies.

In places the book swings in a dainty French direction, with good-looking canelés bordelaise, eclairs, macaroons and gateaux, making for a well-rounded effort by this well-known food writer. — Matthew Krouse

The art deco cover of Nigellissima is highly visible, in great quantities, on the shelves of bookshops since it was timed for the festive season. As a partner to the major BBC series of the same name, the beginning point is Lawson’s ambivalent relationship with Italy, having worked there as a kid, as a chambermaid when she spent a gap year there and having studied Italian at university, a language she no longer gets her teeth around. As a result, the idea of the book came to her many years ago but she put it on the back burner.

Lawson learnt the basics while labouring away in her gap year “in nonna’s kitchen”. This was the paternal grandmother of the household “straight out of central casting”. In the introduction she acknowledges that the area of Anglophone Italian cookbooks is vastly overtraded. For better or worse, this then is her reluctant offering, a duty of the heart.

For South Africans, the good news is that there are not too many specialised ingredients, making it possible to achieve what Lawson believes is authentic. Mind you, she notes the fact that Italians themselves have begun to cook with ingredients from other parts of the world, so the concept of authenticity means cooking without historical dogma.

At the same time, we in South Africa cannot always get things such as black squid ink pasta, more way-out varieties of mushrooms and cheeses, or chocolate-flavoured pasta, for example.

That aside, there are some real gems such as pistachio pesto, a chocolate olive oil cake as well as fig and olive chutney.

Nigellissima is not an important book like her previous title Feast with its unique, multicultural takes on celebration. Feast will be passed down through generations but this one is more of the moment. — Matthew Krouse