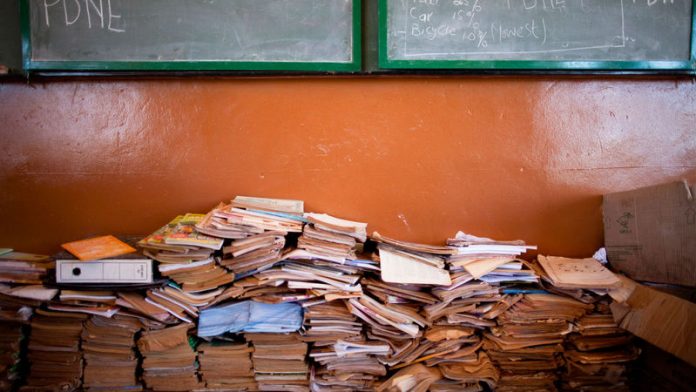 Does the media publish incomplete government communications because the information contained therein is inaccurate or misleading, or because the media is too subjective in its reporting?

A clear example of this issue was illustrated by an advertisement placed by the department of basic education in response to what became known as the Limpopo textbook scandal – the department's failure to deliver textbooks to pupils for the 2012 academic year. Despite many claims by the department and its minister, Angie Motshekga, a governmental investigation of the matter, culminating in the Metcalfe report, found that the department had delivered only 15% of the books by July 3 2012 – halfway into the academic year. But the department consistently claimed that 98% had been delivered.

When the full extent of the problem was exposed by the media, the education lobby group, Section27, challenged the department in court for failing to deliver textbooks and, as such, for failing to give effect to the constitutional right to education. After the department failed to comply with the ruling, Section27 took it back to court again in September 2012. The North Gauteng High Court then ordered the department to file an affidavit on October 31 2012, which it did, detailing the steps taken to ensure the proper delivery of textbooks.

On October 5 2012, the department published an advertisement in response to the court order, titled "Facts about the Limpopo textbooks high court ruling: Don't be misled", in several Sunday newspapers. The advertisements were in full colour and cost the department an estimated R900 000.

The placing of this advertisement raises two important points:

These sections make it clear that "advertisements should not be so framed as to abuse the trust of the consumer or exploit his lack of experience or knowledge or his credulity" and "advertisements should not contain any statement or visual presentation which, directly or by implication, omission, ambiguity, inaccuracy, exaggerated claim or otherwise, is likely to mislead the consumer".

The advertisement read: "The department of education wishes to state that the decision by Section27 to litigate on the perceived non-delivery of grade 10 textbooks, which were reported as shortages by schools in Limpopo, was unnecessary and a waste of valuable time and resources."

Consequences
But the court never stated that there was no fault on the part of the department. Rather it made no finding as to fault. The nondelivery of textbooks by the department and consequent failure to meet deadlines is precisely why the court granted the third order to impose the new deadline for delivery.

Secondly, the department ought to have considered the consequences of placing an advertisement rather than issuing a press release. If the media is providing an objective and unbiased platform, it is unacceptable for the government to place misleading advertisements containing inaccurate facts, as was done by the department. And it is unacceptable for the government to use taxpayer money to pay for an advertisement when the information could have been conveyed by a media statement.

Conversely, if the media is subjective or piecemeal in its approach, it could be argued that it would then be understandable for government to choose alternative channels, such as advertisements, to air its views: but then the facts contained therein must be true and accurate.

Jacques du Preez is an advocate at the Centre for Constitutional Rights, a unit of the FW de Klerk Foundation