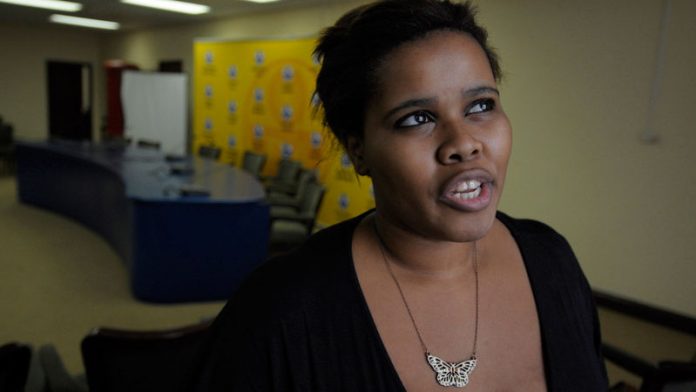 This does not mean the party will be abandoning the motion, but that it will await the Constitutional Court decision on the matter, due on March 28.

The motion was tabled in Parliament by Lindiwe Mazibuko, the parliamentary leader of the Democratic Alliance, on behalf of eight of the 11 opposition parties. They maintain that: "Under Zuma's leadership the justice system has been politicised and weakened, corruption has spiralled out of control, unemployment continues to increase, the economy is weakening and the right of access to quality education has been violated."

The motion fell off Parliament's programme when the parliamentary year ended on December 7. The opposition parties wanted the motion to be debated before the end of the year.

"I'm certainly not going to entertain the ANC's attempt at giving us permission to do our job, which is essentially what Dr [Mathole] Motshekga was doing [by] saying 'Oh it's okay, you can have the debate in February, we will let you," said Mazibuko.

Motshekga, ANC chief whip, initially rejected the parliamentary debate, saying the motion was frivolous. He made a U-turn a few days later, saying the motion was serious in its nature and could have far-reaching implications for Parliament, the country and its democracy, and therefore could not be arranged hastily or impulsively.

He suggested that it be scheduled for the week of February 26, 12 days after Zuma delivers his State of the Nation address in Parliament.

"It's not up to him to let us; it is a constitutional provision that should have been provided for, urgently, and that was a failure that took place in Parliament," said Mazibuko.

<strong>Seeking solutions</strong>
As for the ANC's proposal to debate the motion in February, the ruling party would have to move the motion itself, because the DA would not be doing so, she said.

The Constitutional Court agreed to hear the application on the motion of no-confidence debate, but only on March 28. The DA would consider its options after that ruling.

Parliament is in the process of reviewing its rules. This is being carried out by MPs and former MPs from a range of political parties. They are expected to report back at the end of this month.

Opposition parties have vowed to continue using the courts to seek solutions despite a warning by Parliament last week that MPs should use the review of the parliamentary rules to air their grievances and not institute unfounded applications in the courts.

<strong>Politicisation of the judiciary</strong>
The National Assembly had witnessed an unprecedented number of court challenges from its members in 2012, it said. Among these were attempts by opposition parties to force Parliament &ndash; through the Western Cape High Court &ndash; to schedule the no-confidence debate before the end of the parliamentary year. This attempt was dismissed by the Western Cape High Court and later by the Constitutional Court, albeit on technicalities.

The Western Cape High Court also ruled against Mosiuoa Lekota, leader of the Congress of the People (Cope), who was challenging his suspension for a day from the National Assembly in June for refusing to withdraw his statements that Zuma had violated his oath of office by not defending the constitutional rights of artist Brett Murray and City Press editor Ferial Haffajee.

Delivering his ruling on the no-confidence matter, Judge Dennis Davis warned against "a danger in South Africa of the politicisation of the judiciary, drawing the judiciary into every and all political disputes, as if there is no other forum to deal with a political impasse relating to policy or disputes which clearly carry polycentric consequences beyond the scope of adjudication".

Cope's administrative whip, Juli Kilian, told the <em>Mail & Guardian</em> that her party would continue to "run to the courts" and was preparing to appeal the Lekota judgment.

"The minute you curtail the ability to debate in Parliament … when the speaker or a presiding officer makes a decision and the rules don't provide for a review [of that decision], the only option is to go to the court.

"Running to the courts is our constitutional right," said Kilian.