Give credit where credit’s due 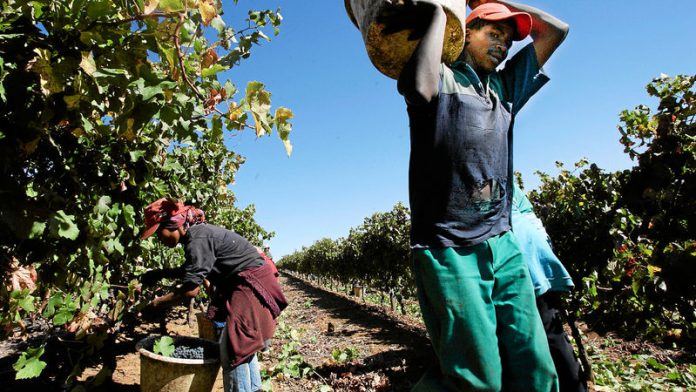 We can say that because we know that several of the farms that have been the target of protests are farms associated with individuals who have been in our study.

Those farm owners we encountered treat their workers with considerable respect, were ahead of the movement to provide meaningful wages, and provide other important benefits to their workers.

The authors of this document have been involved in a public health study in the region for more than a decade with other researchers from South Africa, England and America. The study involves assessing the growth and development of children and has included schools and hospitals from the Cape Flats to the far reaches of the Drakenstein and Langeberg region.

We acknowledge that much still needs to be done in terms of the development and employment of people in the region, but considerable progress has been made in some areas and is not receiving the recognition due to it.

After the release of the 2011 Human Rights Watch report titled South Africa: Ripe with Abuse, but not in response to that report, the authors met with farm owners and others on 11 farms to learn about conditions on those farms.

True land builders
The farms were involved in raising livestock or producing fresh and dried fruit, and table and wine grapes.

Our interest was in learning how life on those farms might affect a child's family environment, the children's ability to learn and, ultimately, the ability of those children to achieve major life ambitions and to become valuable and contributing members of the South African and world society. Worker tenure on these farms ranged from one month to more than 40 years.

Over many years, the owners of the 11 farms we visited have provided a wide range of services and benefits to uplift their workers and their families, including adult skills development, decent housing with free electricity and water, crèches and after-school facilities, transport services, livestock, land for farming, retirement housing, financial schemes and medical aids for workers.

Jason Lloyd, in an article on farm workers as true land builders, exhorts that it is high time that South Africa praises farm workers for their unselfish service to the land. They seldom complain and do not throw in the towel easily, despite difficult work and circumstances.

He goes on to quote the late Professor Jakes Gerwel in the book: Nelson Mandela – freedom to the future, who stated that Mandela still believes that there are good men and women in every community.

And so it is that there are many good farmers who treat their workers humanely. There are also farm workers who are not always good.

It is not helpful to point the finger. Instead, a balance must be found between food security, work creation, economic growth and the human rights of both farm workers and farmers. – Professor Cudore Snell, United States (Western Cape native), Dr Phillip Gossage, US, and Professor Philip May, US. May is the principal investigator of National Institutes of Health-funded studies on foetal alcohol spectrum dis­orders since 1996. Snell and Gossage participated with May in these studies