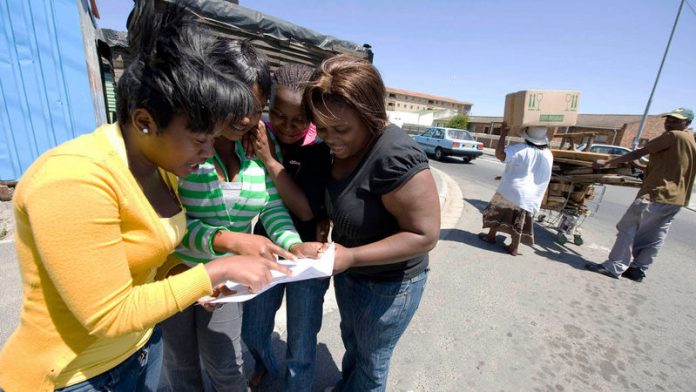 The vastly improved matric results Basic Education Minister Angie Motshekga announced on Wednesday obscured the realities poor schools face, teachers and other education experts said. They argued that this is the fault of official data that needs to be much more comprehensive to reflect local and regional disparities in education resources.

This year's overall pass rate of 73.9% is a huge increase of 13.3 percentage points since 2009, said Motshekga – who became minister in that year – when she released the results. The increases were a result of her department's "systemic interventions" to "strengthen and raise performance in all levels of the system".

But the data Motshekga released needs to be "disaggregated", said Ruksana Osman, head of the school of education at the University of the Witwatersrand. This will enable us to "assess where the weaknesses are" and to measure the "performances of schools in different quintiles [income categories]".

The country's public schools are arranged in terms of "quintiles" based on their wealth. The poorest 20% of schools are in quintile one and the richest 20% are in quintile five. Schools classified as quintiles one, two and three are mostly located in rural areas and townships. Because they remain under- resourced they perform more poorly than the wealthier schools in quintiles four and five, said Doron Isaacs, the deputy secretary general of non-governmental organisation Equal Education.

"It's not fair that the government doesn't do enough to distribute enough resources to these schools," he told the Mail & Guardian.

Without these, schools in quintiles one to three remain unable to attract quality teachers and are less likely to achieve high results. But social and education inequalities such as these are "hidden" in the department's 82-page technical report, he said. On Thursday, the organisation said that what "is largely missing from the published information" is data that would allow "an analysis of the matric results based on class and race inequality. Such an analysis is crucial and should be the centrepiece of the government's results."

A high school teacher in Nkowankowa, Limpopo, said that pupils there had performed better than expected but would do better with improved supplies of essential resources.

"Instead of three [administrative] clerks that [former] model C schools have, [rural schools], especially in Limpopo, have no clerks whatsoever. Principals double as clerks," said the teacher, who asked not to be named.

In addition, pupils seldom get a 100% supply of textbooks, he said. "This tells you we've not addressed apartheid disparities in our schools."

Equal Education highlighted results that showed that 95 schools in quintiles one to three achieved pass rates of less than 20%, whereas only five schools in the top two quintiles did so.

The published results show that 429 poor schools across the country achieved pass rates of 40% or less, but only 32 affluent schools performed as poorly as this. Although there are slightly more quintile-one schools nationally than schools in quintile five, far more of the wealthier schools performed at high levels. Among quintile-five schools, 581 achieved pass rates between 80% and 100%, but only 450 of their poor counterparts scored such pass rates. In addition, 123 quintile-five schools scored 100% pass rates, but only 49 schools in quintile one achieved this. There were also five poor schools in which no pupil passed, but no affluent school achieved a 0% pass rate.

Gauteng and the Western Cape, the provinces with the most number of schools in quintiles four and five, maintained their top two positions in provincial results, with 83.9% and 82.8% respectively.

"Schools in these provinces are better resourced. There's a correlation between resources and results," Isaacs told the M&G.

But finely disaggregated data would make it easier to identify and compare performances among schools across categories such as rural, urban, township, suburban and former model C, said Equal Education. The performance of schools with libraries should also be compared with schools without the facilities. Only 8% of the country's schools have "functioning" libraries and thousands do not have running water and electricity.

The National Teachers' Union's Alan Thompson said class ratios in many poor public schools remained problematic. "In most of the schools in quintiles one to three there is overcrowding. If we don't address that issue we're not going to achieve the 90% or 100% we need [in our subject results]," he said.

Although the national pass rates for maths and science increased, "the truth of the matter is that we don't have enough maths and physical science teachers [in the poorer schools]", said Thompson. "The department still has to scout for teachers for these subjects."

There has been a "reduction in ­inequality in the spread of results progressively over the last four years" and the department has prioritised development of school infrastructure and eradication of mud schools, she said.

But according to Equal Education, there are still 300 mud schools in the Eastern Cape. The province achieved the country's lowest pass rate, 61.6% – an improvement from the 58.1% it achieved in 2011.