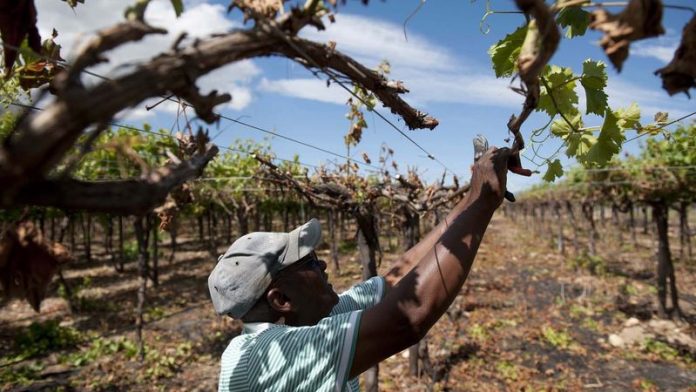 "There's been no progress that's been significant in the negotiations with Agri-SA or with the South African government," Congress of SA Trade Unions' provincial secretary Tony Ehrenreich told reporters at the labour department's offices in Cape Town.

Cosatu and other organisations said the farmworkers' strike would continue on January 9.

Ehrenreich said they would call on the international community to boycott South African agricultural products, because they were produced in "slave labour conditions".

"We are also calling on a mandate from the international community to boycott the products of those farmers who do not want to enter into decent negotiations with their workers," he said.

Agri-SA told Sapa that Cosatu had brought nothing but demands and threats of anarchy to the negotiating table.

Restructuring agriculture
President of the farmers' organisation, Johannes Möller, said they had made several proposals during talks. These included participating in the process to re-evaluate the minimum wage for workers, and allowing farmers to discuss salaries and bonuses with workers.

He said if the strike went ahead next week, they would be forced to advise farmers to restructure agriculture. This would probably include moving the farming of labour-intensive commodities to neighbouring countries, where the risk of labour unrest was lower.

"Due to the scarcity of agricultural products, I doubt they will be successful… for one of the governing parts of the tripartite alliance to make threats of sanctions against agriculture is highly irresponsible."

The unions had met with labour department director-general Nkosinathi Nhleko.

Hardening of attitude
The department said in a statement after the meeting: "The labour DG said he was concerned that while unions said they had made progress in their negotiations with individual employers over the holiday season, there were reports of a 'hardening of attitude' among others."

"Nhleko conveyed the wishes of government that real substantive negotiations should commence as soon as possible to avert further troubles that could seriously affect the country's economy," the statement read.

The strike was suspended last year following an undertaking that negotiations would continue between workers' representatives and individual farmers. This had apparently proved unsuccessful.

Workers wanted R150 in pay per day and a coherent land reform programme.

At least two people were killed during protests in farming areas between August 27 and December 4 last year. – Sapa