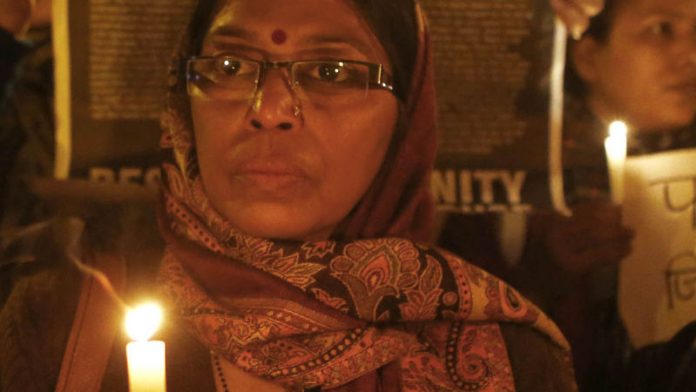 Self-styled godman Asharam, known to his followers as "Bapu" or father, told his devotees on Tuesday that blame for the assault on a moving bus in New Delhi on December 16 should not just rest with her attackers.

"This tragedy would not have happened if she had chanted God's name and fallen at the feet of the attackers. The error was not committed by just one side," he said in video footage which has been widely circulated on the internet.

The 71-year-old's remarks – the latest in a series of gaffes by public figures blaming women for the country's rape epidemic – drew a chorus of condemnation.

"For him to make the statement in relation to a crime which has shocked the conscience of the country is not only unfortunate but deeply regrettable," he told reporters.

Sexist commentary
The Hindu newspaper said it was "a disgrace when a man of religion stoops so low". "Asharam deserves to be condemned in the strongest words," the daily added in an editorial.

The editorial also criticised politicians from the ruling Congress party as well as the BJP for their sexist commentary on the Delhi rape and the need for Indian women to stay home and make traditional choices.

"Their notions of … an ideal society appear rooted in the very prejudices that have engendered a culture of violence against women, the Delhi incident being its most recent and horrific manifestation," the newspaper said.

Abhijit Mukherjee, the son of India's president who is a Congress lawmaker, landed himself in hot water last month after comparing women who took part in protests over the gang-rape to patched up second-hand cars.

Five men have been charged with rape and murder in the December 16 attack on the young student. A sixth accused, who is 17, is to be tried in a separate court for juveniles. – Sapa-AFP