Stop pretending there is a debate over climate change 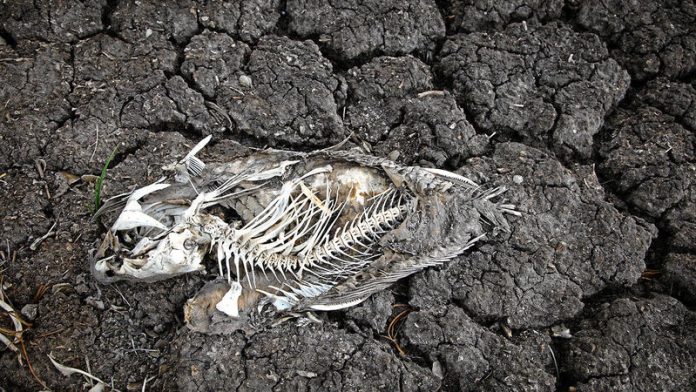 It’s tough being a minority. You do not get attention. Your rights are trampled on in the name of the majority, and your agenda gets ignored. Unless you tend to believe that global warming is not happening, or that humans are not driving this change. In that case you suddenly get to dictate the news agenda by shouting loud, creating sexy controversy and revelling in your genius at being the one to have seen the giant conspiracy. And all you have to do is massage some facts and misrepresent what other people say.

Which is getting a bit tedious. The climate is a-changing, just look at the statistics from last year and the decade before when lots of records were set for things being extreme or the most. And these got their fair share of headlines … and admittedly in many cases these headlines were exacerbated by environmental extremists, but the basic rate of change is there to be seen.

But in the face of this, the ever-exhausting tedium of people saying it’s all a big lie continued. The science of climate change and humans driving the biggest chunk of temperature increases is solid.

In a leaked preview of the next big report by the Intergovernmental Panel on Climate Change, it said, "It is extremely likely that human activities have caused most of the observed increase in global average temperatures since the 1950s and it is virtually certain that this warming is not due to internal variability alone."

Which doesn’t seem to have had any effect on people who like to be contrary. In a recent column local climate change sceptic (it’s a horrible word with so many connotations but seems to be the least cumbersome way of talking about sceptics) Ivo Vegter said, “But in the meantime, the evidence appears to be swinging towards the sceptic camp on climate change too. That’s not anti-science. That is science.”

And this was the view that was also put forward in an interview CNN anchor Piers Morgan set up between Bill Nye, "the science guy", and Marc Morano, a representative of a think tank funded by big oil to muddy the waters in the debate. Morgan proposed they debate whether or not humans are driving climate change. And while Nye destroyed his opponent's points – it’s really worth a watch – the points raised in opposition were insightful in showcasing the argument sceptics put forward.

What is noticeable about the sceptic’s argument, and admittedly this is a quick summary of the main points, is that it cherry picks and relies on a few cases. There are thousands of peer-reviewed articles about climate change published, and there are thousands of scientists working on the topic. Yet they take a few weird cases to create their entire argument.

And from this they reach the bizarre conclusion that Vegter reached, that the whole construct of human-driven climate change is about to fall apart. This is so far removed from reality that you really have to wonder who gives them space.

The planet is warming and the climate is changing. The poor are the most vulnerable and are going to be very seriously impacted. And while we still do not know how it is going to change, there are rough models that give scary insights. So instead of continually having an old debate that no longer has two valid sides, we have to move on and work out how to slow the change and help people adapt. That is what is now important.