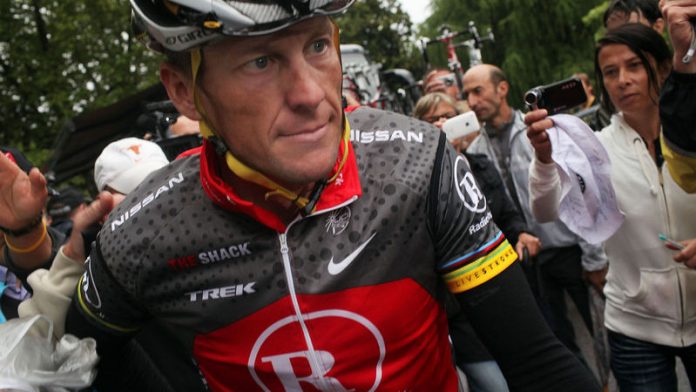 The famed talk show host said on Tuesday that a 90-minute special show would address "years of accusations of cheating, and charges of lying about the use of performance-enhancing drugs" throughout disgraced cyclist Armstrong's "storied cycling career".

The interview will be Armstrong's first since being stripped of his seven Tour de France titles last year and will air on the Oprah Winfrey Network. It will also be streamed live on her website, a publicity statement said.

Last week the New York Times reported that Armstrong (41) was considering publicly admitting that he used banned performance-enhancing drugs, in an apparent bid to return to competitive sport in marathons and triathlons.

"Looking forward to this conversation with @lancearmstrong," Winfrey posted on her Twitter site on Tuesday.

In the interview, to be shown in a primetime slot next Thursday, January 17, Winfrey will speak with Armstrong at his home in Austin, Texas. Armstrong has vehemently denied doping. It is not known if he will admit to doping on Winfrey's show.

The show used words like "no-holds-barred interview" but also "alleged doping scandal", "accusations of cheating" and "charges of lying" in its publicity statement.

The announcement came on the same day that 60 Minutes said US Anti-Doping Agency chief executive Travis Tygart told them in an interview to be aired on Wednesday that Armstrong attempted to donate around $250 000 to the agency.

Tygart said he was bowled over by the "totally inappropriate" donation offer from one of Armstrong's representatives in 2004, which he immediately refused.

"I was stunned," Tygart said in the interview. "It was a clear conflict of interest for USADA. We had no hesitation in rejecting that offer."

Tygart declined to comment on Tuesday on Armstrong's decision to go on Winfrey's show. Tygart, who described Armstrong's heavy-handed tactics as being similar to the "Mafia", denounced a $100 000 donation Armstrong made previously to the International Cycling Union (UCI).

But Armstrong's lawyer, Tim Herman, told USA Today on Tuesday that there was never a donation attempt from the cyclist. "No truth to that story," Herman told the newspaper.

"First Lance heard of it was today. He never made any such contribution or suggestion."

USADA stripped Armstrong of his Tour de France titles and slapped him with a lifetime ban in October, after releasing a damning report that said he helped orchestrate the most sophisticated doping program in the history of the sport. The UCI effectively erased Armstrong from the cycling history books when it decided not to appeal sanctions imposed on Armstrong by USADA.

The massive report by USADA included hundreds of pages of eyewitness testimony, emails, financial records and laboratory analysis of blood samples. "We have an obligation to clean athletes and the future of the sport. This was a fight for the soul of the sport," Tygart said.

US federal officials investigated Armstrong and his cycling team for two years but failed to charge him. The decision not to charge Armstrong stunned Tygart. He was also upset when the US justice department refused to share the results of their probe with him.

Asked why he thought the justice department refused to bring charges, Tygart said: "It's a good question, and one that if you finally answer, let me know." Tygart said Armstrong and his secretive inner circle of doctors, coaches and cyclists acted like "mafia" the way they intimidated cyclists into using performance-enhancing drugs.

"It is our job … to protect clean athletes. There are victims of doping," Tygart said.