Delhi gang-rape case to be fast-tracked in court 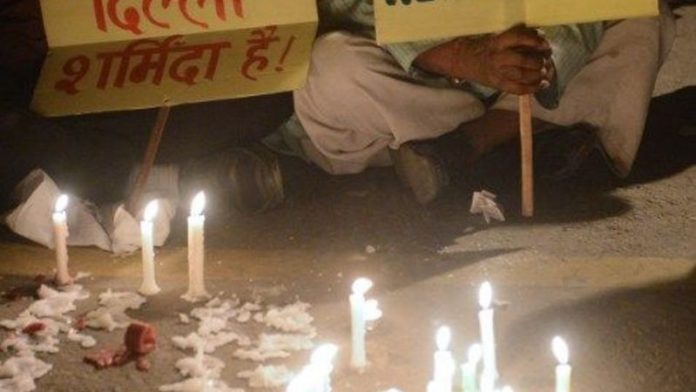 On Thursday after a lawyer said three of the accused would deny the charges.

The five are all due to make their second appearance before a district court in New Delhi after their first appearance on Monday was marred by chaotic scenes which led the presiding magistrate to order the court to be cleared.

A senior court officer said on Monday that the case would be transferred to a fast-track trial court during Thursday's hearing which will take place behind closed doors, as is standard here in rape cases.

Three of the accused will be defended by the lawyer ML Sharma who has said his clients would plead not guilty when the case reaches the fast-track court. The other two defendants have yet to get themselves lawyer while a sixth accused, who is 17, is to be tried in a juvenile court.

According to police, the group lured the 23-year-old woman and a male companion onto the bus in New Delhi after they had spent the evening at the cinema and were trying to go home. They then took it in turns to rape the woman and violate her with an iron bar as well as assault her partner before throwing them off the bus.

Speaking to AFP on Thursday, Sharma said he would prove that his clients were not responsible for the attack on December 16 and he denied having tried to blame the victim.

In an interview to Bloomberg, Sharma was quoted as saying the male companion of the murdered 23-year-old was "wholly responsible" for the incident as the unmarried couple should not have been on the streets at night.

"Until today I have not seen a single incident or example of rape with a respected lady," he told the financial news wire. "Even an underworld don would not like to touch a girl with respect."

However Sharma told AFP that he had not been trying to smear the victim. "I did speak to Bloomberg but did not say anything about the victim. I only told them that women are respected in India, they are mothers, sisters, friends but tell me which country respects a prostitute."

Asked if that meant that he regarded the victim as a prostitute, Sharma replied: "No, not at all but I have to protect my clients and prove that they did not commit this heinous crime."

The victim died in a Singapore hospital, 13 days after the attack which triggered mass protests across India and soul-searching over the levels of violence against women.

The father of the victim, who cannot be named for legal reasons, said in a television interview that he was proud of his daughter and believed her death had served as a badly-needed wake of call.

"She has brought an awakening to society. Society cannot any longer turn a blind eye to these sorts of incidences which are happening every day," he told Britain's ITV network.

"We have to change ourselves. If there are no change then these horrible things won't stop. The public have to wake up now." – Sapa-AFP