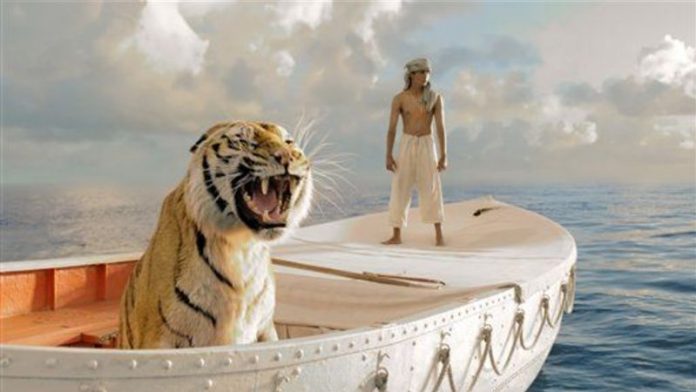 Among other prospects are Argo, Ben Affleck's thriller about a CIA scheme to save Americans from Iran amid the 1979 hostage crisis; Django Unchained, Quentin Tarantino's bloody revenge saga about a former slave hunting white oppressors just before the Civil War; and Life of Pi, Ang Lee's story of a free-thinking Indian youth cast adrift on a lifeboat with a Bengal tiger while travelling to a new life in North America.

This year's nominations come earlier than usual in Hollywood's long awards season, leaving the awards picture a bit murkier. By the time Oscar nominations come out most years, the Golden Globes already have given their trophies, helping to sort out prospective front-runners for show business's biggest night.

The nominations this time precede the Golden Globes ceremony, which follows on Sunday.

The Globes and other honours presented in late January and February by directors, actors, writers and producers guilds will clear up the best-picture race for the Oscars.

Right now, Lincoln, Les Miserables and Zero Dark Thirty appear the most likely contenders for the top prize. All three films come from directors who delivered best-picture winners in the past: Spielberg with 1993's Schindler's List, Bigelow with 2009's The Hurt Locker and Hooper with 2010's The King's Speech.

Bigelow also won the directing Oscar, the first woman ever to earn that honour, Hooper earned the same prize a year later, and Spielberg has received the directing trophy twice, for Schindler's List and 1998's Saving Private Ryan.

Zero Dark Thirty star Jessica Chastain, a supporting-actress nominee last season for The Help, is in the running for a best-actress slot this time as a CIA operative relentlessly pursuing Bin Laden.

Winners for the 85th Oscars will be announced February 24 at a ceremony aired live on ABC from Hollywood's Dolby Theatre.

Family Guy creator and vocal star Seth MacFarlane – a versatile performer whose work includes directing and voicing for the title character of last summer's hit Ted and a Frank Sinatra-style album of standards – is the Oscar host.

Thursday's nominees will be announced at 8:40am EST by The Amazing Spider-Man star Emma Stone and MacFarlane, the first time that an Oscar show host has joined in the preliminary announcement since 1972, when Charlton Heston participated on nominations day. – Sapa-AP