Human rights: The good, the bad and the large grey area in between 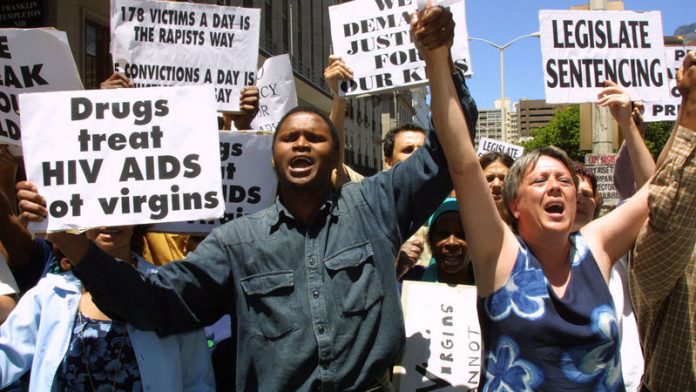 As a child, I used to play "cops and robbers". The cops had to chase the robbers and, once they were caught, they would be thrown in jail – usually a cupboard or a demarcated area of the playground. In my childhood game, it was easy to distinguish between the "good guys" and the "bad guys". The cops were always good and the robbers always bad.

Today, things are far more complex. Since joining the South African Human Rights Commission just over two years ago, I have been confronted with the reality that even in the human rights field there is often no clear distinction between the good guys and the bad guys.

In the Andries Tatane case, the commission found that the police had used excessive force during a service delivery protest and violated the right to life. In the Chumani Maxwele matter, the minister of police was found to have violated the right to dignity of a student who had allegedly gestured with his middle finger to a police convoy ­transporting the president. And, as the Marikana commission of inquiry unfolds, we may see another example suggesting that the cops are not always the good guys.

It also appears that the robbers are not always the bad guys. In the case of Lenasia, many residents, who allegedly illegally occupied land owned by the Gauteng government, claimed that they were the victims of fraud and corruption. Whether some residents knowingly took advantage of what they perceived to be an opportunity or not remains to be tested in an appropriate forum. We do know that many residents paid cash for the land and were issued with a letter on the department's letterhead indicating that the land now belonged to them. Although an argument could be made that some residents should have known they were acting unlawfully, many residents were defrauded.

The Gauteng government's decision to bulldoze houses was met with general outrage from the public despite the fact that the government was acting on a court order.

The inability of the government to see its actions in the context of our recent history and its failure to recognise the symbolism of demolitions carried out by the apartheid regime was rather confounding. The Gauteng government appeared to believe sincerely that it was the good guy and that the Lenasia residents were the robbers.

Complexities of human behaviour
The simple notions of good and bad we ascribe to particular behaviour have been considered by numerous writers and philosophers ranging from Mencius to Machiavelli. In dealing with the complexities of human behaviour, these writers have helped me to make sense of human nature in the application of a human rights discourse. The truth is that I am still trying to figure things out.

The night before the formal reconciliation ceremony in the Reitz matter, involving four white Afrikaaner students who had filmed black African workers at the University of the Free State performing various humiliating acts, I had the opportunity of sitting around the table with the former students and the workers.

The other was the students themselves. One often assumes that violators of human rights are evil. But these men were not monsters. In fact, they were just ordinary South Africans who were able to cause such humiliation and pain. And so I often marvel at our capacity as human beings to perpetrate such inhumane acts against one another, but also to have the ability to love unconditionally.

We all have the potential to play the role of both the cop and the robber. Our decision to take on a particular role (assuming we have a choice) is then either justified by circumstance or need. It is therefore imperative that, when we judge the actions or behaviour of others, we must also take a moment to reflect on the role we play and to challenge our established notions of good and bad.

What do Covid-19, the killing of George Floyd and the toppling of statues express about the human condition at this time of disease-anxiety and global economic recession?
Read more
Advertising
Continue to the category
Politics