Poor-nation status to give Zim a debt lifeline 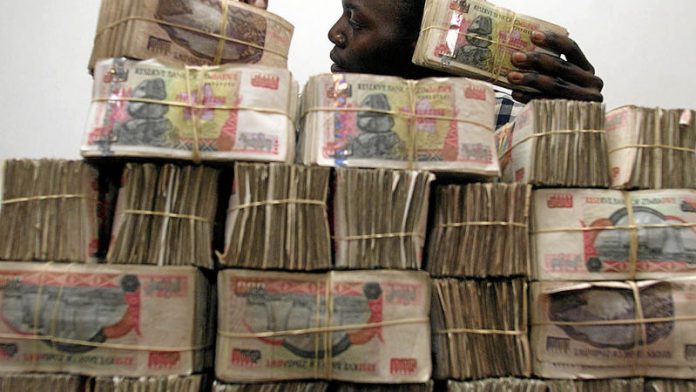 Government sources said the Cabinet has already resolved to apply for HIPC status. They said the government realises that it cannot clear Zimbabwe’s debts while it is struggling to get the economy back on track.

“The preparatory work for joining other countries with HIPC status is already under way. A few issues are being addressed at the moment, but we can safely say we will join that group very soon,” a source said.

The HIPC initiative was launched in 1996 by the International Monetary Fund (IMF) and the World Bank to ensure that poor countries are not burdened by debts they cannot manage.

Finance Minister Tendai Biti could not be reached for comment this week but his colleague, Minister of Industry and Commerce Welshman Ncube, confirmed that the Cabinet has given the government the green light to apply for HIPC status.

“We agreed that the only way out of the debt overhang crisis was to adopt HIPC status,” Ncube said.

“What now remains is the report of the consultant hired by government to give guidance on the next step. The ministry of finance keeps promising to give Cabinet that report, but we’re not sure when that’s going to happen. The sooner, the better.”

According to a statement by Biti prior to his November 2012 budget presentation, Zimbabwe owes the IMF, the World Bank and the African Development Bank $10.7‑billion.

Most of the limited revenue generated by the government from taxes has been swept away by a huge civil servants’ salary bill, which accounts for more than 60% of the total budget, according to Biti.

Recently, the IMF said its directors had noted that “co-operation on payments remains poor, and [they had]  strongly encouraged Zimbabwe to make regular and timely payments to the fund and to increase them as payment capacity improves”.

Biti said the economy was not yet strong enough to deal with international debt. He added: “The country’s external debt overhang [which stands at 118% of gross domestic product] remains the albatross around the economy’s quest for access to the required levels of external financial inflows, both from multilateral and commercial institutions.”

Joy Mabenge, an expert in debt strategy and the chairperson of the Zimbabwe Coalition on Debt and Development (Zimcodd), said that the IMF and the World Bank should introduce a moratorium on interest on the debt.

“These institutions would have us believe that they care about Zimbabwe’s welfare. We believe it is high time that they put a moratorium on Zimbabwe’s debt interest accruals,” Mabenge said.

Zimcodd is pushing the government to conduct a debt audit to help establish how borrowed money is used. It believes this will bring relief to the current coalition government that is burdened by the repayment of debts incurred by the previous Zanu-PF-led government.

“We have had people in government office claiming they are borrowing money from the IMF for the benefit of the people of Zimbabwe. It is high time the government and other players conducted an audit of all the monies that were borrowed by Zimbabwe to see which debts were legitimately accrued by government,” said Mabenge.

“We should not repay money that was abused by the previous regime, as this benefited a few members of (President Robert) Mugabe’s regime rather than the people of Zimbabwe,” Mabenge added.

Three children are dead. More than a dozen homes have been gutted by fires in the past six months. And, as...
Read more
Advertisting
Continue to the category
National