Education: Celebrating failure says it all 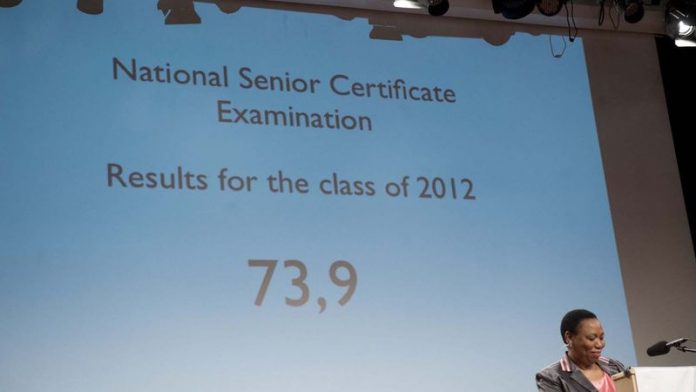 The two most significant pieces of data of the year were released by Basic Education Minister Angie Motshekga almost exactly a month apart. The first, announced on December 3 last year, comprised the results of the national assessments; the other, released on January 2 this year, the matric final examination results.

Although both showed marginal improvements, they are still hopelessly dismal in light of what is required of the education system if it is to be meaningful in the medium to long term.

The assessments, which showed clearly that schoolchildren can no longer read and write properly, have already begun to fade from the minds of all but the most dedicated people in the education sector. The same will happen to matric results.

In the intervening period between the results, at the 53rd national conference of the ANC and in his political report, President Jacob Zuma threatened to get tough on teachers who do not teach for the required complement of school hours.

More significantly, the educational results will not make it onto the agenda of the executive committees or boards of companies that have either invested in South Africa for the long term or intend to do so. As always, they will hope that “somehow” the government will turn the situation around so that their investments will continue to grow at a rate on par with or better than countries and economies with which we compete.

Next month Zuma will address the nation and, as he and his predecessors have done, will first pat the government on the back for a job well done and then mention, nonchalantly, that more needs to be done. Following the trend, he will not make a squeak about the grave economic consequence of such a dismal performance from our education system. He will say even less or nothing about the philosophy of the country’s education system – fundamentally, why we seek to educate our children.

It is important to set out very simply the purpose for educating our children. Already, too many people  believe that the primary purpose of education is to produce children who can service the economy, and to do that they need only to know how to read, write and count. This view is narrowly utilitarian and ignores the wider social purpose of education as an instrument of national and human development.

Very weak philosophy
If the manner in which the discourse about the two sets of results released by the department is anything to go by, not only do we have a very weak philosophy of education, or none at all, we are already seeing the outcome in adults who should know better. For instance, our politicians are not embarrassed to celebrate an increase from 23% to 26% in matric exemptions of those who wrote. Except for those children (and adults) who cannot count properly, any other child will tell you that, even if one uses the low pass mark of 30%, 26% is still below subminimum and therefore a fail.

All of us would be hard pressed to find a parent rejoicing over a similar improvement for a child, because they know it lacks meaning in terms of the overall outcome.

It appears to matter less that nearly half of those who began school 12 years ago appear to have vanished – the minister neglected to account for them in her statement last week. Those who are still alive are either still in the system, already having failed, or are lining the streets looking for jobs that will never deliver them from poverty – if they manage to find one.

The government will have to make fiscal provisions for these children, or face serious social and economic stability challenges in the near future. The symptoms have been showing already for some time.

In 1931 the British philosopher, Bertrand Russell, offered perhaps the best description of the purpose of education. “Education has two purposes: on the one hand to form the mind, on the other to train the citizen. The Athenians concentrated on the former, the Spartans on the latter. The Spartans won but the Athenians were remembered.”

The tragedy of our education system is that it produces neither Athenians nor Spartans, and this is clearly demonstrated by the way in which all sectors are willing to celebrate a subminimum failure. We appear even less capable of understanding that the real, unavoidable consequence of this is that, competitively, we will continue to lag behind other countries.

To compete successfully, we need scientific and industrial advancement, social development and, critically, the ability to produce citizens who resist the tendency to think like a herd and who look for new ways of doing things. Innovation cannot take root and deliver tangible results in a society that fails at the most basic tasks of education: forming the mind and training the citizen.

Delusionary hope
In line with our general delusionary hope about other things, businesses will continue to make plans as if the school results of the past few years were more positive. It is mind-boggling.

This brings us to the question of what needs to be done.

Educational resources are fundamentally the responsibility of the government, not of parents and other citizens. Anything more than that responsibility must be shared. But the genesis of that responsibility is to elect a government that can deliver on a nation’s expectations. Given the past horrifying decade in our education and given that in that period citizens (and parents) continued to return the same government to office, the roots of the catastrophe can be found in their decisions and actions.

If parents and business are serious about the meaning of education, they will seriously consider whether it is sufficiently important to make it a political issue. Chances are that they will not, because, in large part, they do not appreciate its true meaning – or its consequences.

In the short term, the ANC should try to prove its mettle and, as the leader of the tripartite alliance, prevail upon its allies in the South African Democratic Teachers’ Union to refrain from destructive behaviour that affects primarily black children.

Education should have received more than a passing mention in the party’s Mangaung conference resolutions on the economy, but that was hoping for too much. Like the rest of us, the party does not see the omnipresent link between education and the economy.

The government must outline how it is going to deal with the spatial developments initiated by the apartheid government. This is to reduce the inherent disadvantages of the black working class who live on the peripheries of state resourcing and the economy, and who have to spend inordinate amounts of money to enjoy basic necessities. This would go a long way towards improving access to education.

But we are fast approaching the point where the government will have neither the fiscal nor intellectual means to carry out the task. After all, that is the real impact of an underperforming education system. If that happens, we are doomed.

Songezo Zibi is part of the Midrand Group, which pursues broad national and human development