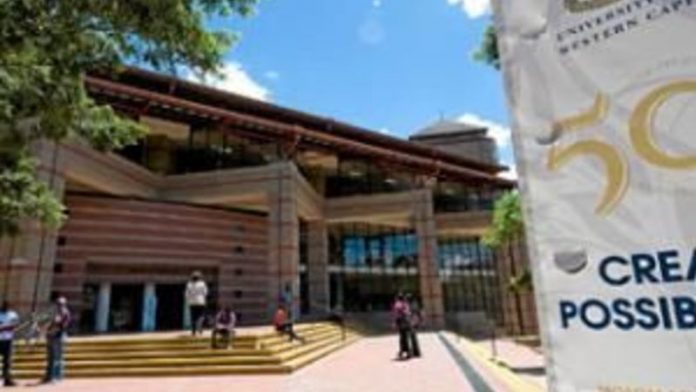 "I'm aiming high, so I won't consider going to an FET," Lawrence Mahlangu, a matriculant from rural Thokoza in Mpumalanga, told the M&G. He was one of many hopefuls in a meandering, slow-moving queue at Tshwane University of Technology (TUT) on Monday.

His fellow last-minute applicants, who numbered in their thousands, were competing for only 600 places. So when the university closed its doors to applicants on Tuesday, saying it was full, many descended on Tshwane North College's Arcadia campus.

However, soon after forming a queue that snaked into the street, they learnt the college too had limited space. "TUT was my first option. I came here hoping I can apply, but we're being placed on the waiting list," Science Malema told the M&G.

The government has been trying for years, and spending billions, to persuade school leavers to see FET colleges as institutions of choice rather than second-best, fallback options.

Current Higher Education and Training Minister Blade Nzimande picked up this momentum when he joined the Cabinet in 2009 and has intensified the drive to attract students to FETs as well as hugely increased the state's spending on colleges.

Nzimande's plans are ambitious: college enrolments must by 2030 soar to four million, from their present half-million or so. They must also in the process vastly outstrip university student numbers, which should grow from their current 900 000 to only 1.5-million in the same period.

Mahlangu was one of hundreds who failed to get into TUT — but he remained adamant he would not apply to any college. "I don't think an FET will turn me into the person I want to be. I won't be successful after studying there."

Instead, he said, he would apply to the university again in March, hoping to commence his studies in the next semester.

Eric Mamabolo, a matriculant from Polokwane, expressed similar scepticism. "I think FETs are a waste of time. I will apply here [at TUT] for June," he said after the university shut its doors.

At the University of Pretoria, late applicants appeared equally doubtful about the quality of college education. "If you go to FETs you are lowering the grades [you achieved in school]," said Angeline van der Walt, queuing on Monday in the hope of last-minute acceptance.

Scepticism
The scepticism of school leavers was grounded in doubts about their employability. "I fear I'll not get a job if I go to an FET," said Lindokuhle Radebe, a matriculant from the East Rand who was hoping to get into TUT.

Parents queuing with their children at the university were similarly unenthusiastic about Nzimande's priorities. Said one, a public servant in KwaZulu-Natal who asked not to be named: "The minister speaks a lot about FETs but we have

our doubts about these colleges. The government is trying to provide a dumping site, while pretending to help our children access higher education."

Another parent said he did not want his daughter to go to a college because the education there is "low". "She'll battle to get a job because [after graduating] she would still have to compete with people from university."

Matriculant Peggy Khalefi, who queued to enrol at South West Gauteng College in Soweto on Wednesday, said affordable fees attracted her there, but she "would have preferred to go to a university". "So for me it's financial reasons," she said.

Bucking the trend of the M&G's snap survey, though, Morgi Pillay, a parent from Lenasia in Gauteng, said the colleges are well placed to cater for pupils who show the potential for a technical vocation. Pillay enrolled his son at the Central Johannesburg College, where he will now begin the equivalent of grade nine.

"Some children are not academically inclined. My son is mechanically inclined, so it's better he starts here at an early age," said Pillay.